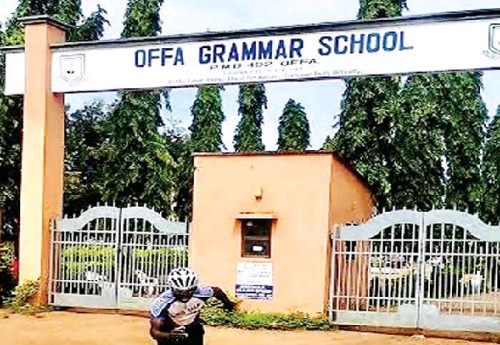 A 17-year-old student of the Offa Grammar School, in the Offa Local Government Area of Kwara State, Adegoke Adeyemi, has allegedly committed suicide after failing to gain promotion to the next class in his school.

Adegoke, who was found hanging on a tree, reportedly decided to take his life because he would not be moved from Senior Secondary School 1 to SSS 2.

Report has it that the student was ashamed of repeating a class.

He said, “The victim, Adegoke Adeyemi, 17, a student of Offa Grammar School, was believed to have hanged himself as a result of his failure to pass his promotion examination from SSS 1 to SSS 2, which necessitated his being asked to repeat the class.

“Information was received by the Divisional Police Officer, Offa, around 3.34pm on August 2, 2022, to the effect that a boy’s lifeless body was seen hanging on a tree behind Ariya Garden Hotel, Offa. A team of policemen from the divisional headquarters was swiftly drafted to the scene.

“The corpse of the deceased student was removed from the tree by a team of policemen from the divisional police headquarters, Offa.

“The corpse was taken to the Offa General Hospital for an autopsy, while an investigation has been launched into the matter.”

In another development, the police spokesman said the command made a breakthrough in the arrest of a notorious cultist, Monday Ojoagbu, who had been on the wanted list of the police.

He said the suspect and other members of his gang were on a mission to carry out another attack when he was arrested.

Ajayi said while others escaped, Ojoagbu was apprehended by the police at a supermarket where the gang was traced to around 6pm on Tuesday.

“One locally-made pistol and two live cartridges were recovered from the suspect,” he added.

Related Topics:FeaturedOffa Grammar School
Up Next

Uyo Bishop Rejects Ben Ayade’s N25 Million Gift, Tells Him To Use It To Pay Salaries 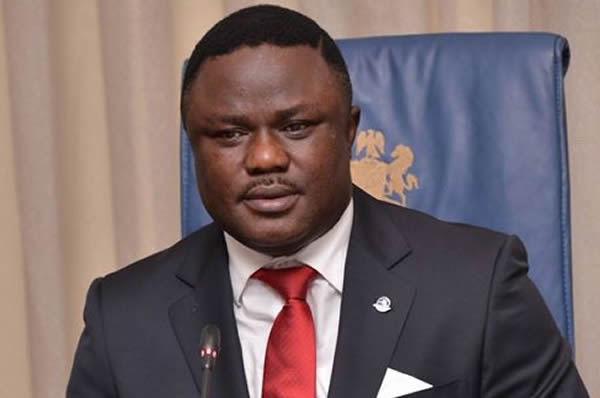 Uyo Bishop Rejects Ben Ayade’s N25 Million Gift, Tells Him To Use It To Pay Salaries

It was a mild drama of sort as the Metropolitan Bishop of Uyo Diocese, Bishop John Ebebe Ayah, sublty rejected Governor Ben Ayade’s undisclosed largesse to him during the Mass for Justice Emmanuel Agim Akomaye’s elevation to the Supreme Court.

The Obudu-Obanliku Elites Forum, had organised a Thanksgiving Mass and grand civic reception in of honour Justice Agim, who hails from Obanliku, on his elevation to the Supreme Court at St. Patrick Catholic Church Ikot Ansa, Calabar at the weekend.

The Holy Mass, officiated by Bishop Ayah, also from Obanliku, coincided with the unveiling of the this year’s harvest theme, “Harvest of Divine Intervention.”

However, a mild drama ensued when Ayade was later invited to make a donation to support the harvest and he gaveTwenty-five million naira on behalf of the state government, his family and the judiciary arm of the government.

After the donation, the Governor turned to the direction of the presiding Bishop and said: “For our pride, the pride of Cross River North, the son of the soil, Bishop John Ayah, I will whisper my package to him later.”

Without waiting much time and characteristics of Catholic Bishop speaking truth to power, Bishop Ayah in response to the donation rose up, collected the microphone and said: “I want to talk. The governor is my brother. We are both from Cross River North. I want to appreciate the governor and tell him to package whatever he has for me, add to it and use it to pay the salaries of the workers”.

Bishop Ayah’s reaction was greeted with loud ovation and shouts of “correct Bishop God Bless you” by the congregation.

And in defence of his earlier statement, Ayade collected the microphone immediately and said: “The salaries of the workers are already ready. Let me say this government has been faithful in paying salaries for seven years upward. The people will appreciate Ben Ayade when he leaves office.”

A political analyst and Publisher of Gateway Times Nigeria news magazine, Mr Dayo Rufai, has advised the Ogun State governor, Prince Dapo Abiodun to dedicate more time to improving the lives of Ogun people than getting himself enmeshed in face-offs over a second term in office.

Rufai made the appeal in a press statement he personally signed and made available to journalists in Abeokuta, the Ogun State capital.

According to Rufai, the open exchange of diatribes between Abiodun and some political gladiators in the state, if allowed to fester, would be of no value but only distract the governor from fulfilling the electoral promises he made to people of the state.

Rufai noted that in the recent weeks, the state has witnessed heated confrontation between Governor Abiodun and his immediate predecessor, Senator Ibikunle Amosun as well as with the main opposition party in the state, the PDP.

“As the governor’s first term winds down, he should by now be evaluating his electoral achievements across the 20 local governments in the state and work on the aspects that have not been touched,” Rufai stated, adding that; “this is not the time for exchange of brickbats while the masses continue to bear the brunts. Certainly, there will be time to play politics, but the governor should use this period to channel his energy towards bettering the lots of Ogun electorates.”

“From insecurity due to recurring cult-related killings to the deplorable state of roads and rots in public schools, Governor Abiodun still has a lot to contend with.

As witnessed in the recent Osun governorship poll, it is now clear, beyond reasonable doubt, that no governor gets a second term on a gold platter. A word, they say, is enough for the wise,” he said.

Rufai affirmed that, though, Abiodun has done well in some sectors in the last three years and more, there are some areas still begging for his attention.

“Sir, please take your pen and paper and analyse the needs of people in each local government in the state and see if you have done enough to stand before the electorate and ask for another term,” Rufai submitted.

Akpan attempted to escape shortly after the sentence was announced by the trial judge, Justice Bassey Nkanang, on Thursday.

It took the intervention of the police to stop Uduak from escaping.

The convict was sentenced to death by hanging and life imprisonment in the two charge of murder and rape preferred against him.

However, the court discharged and acquitted his father, Frank Akpan and sister, Anwan Bassey (2nd and 3rd accused) who were standing trial for accessory after the fact to murder.