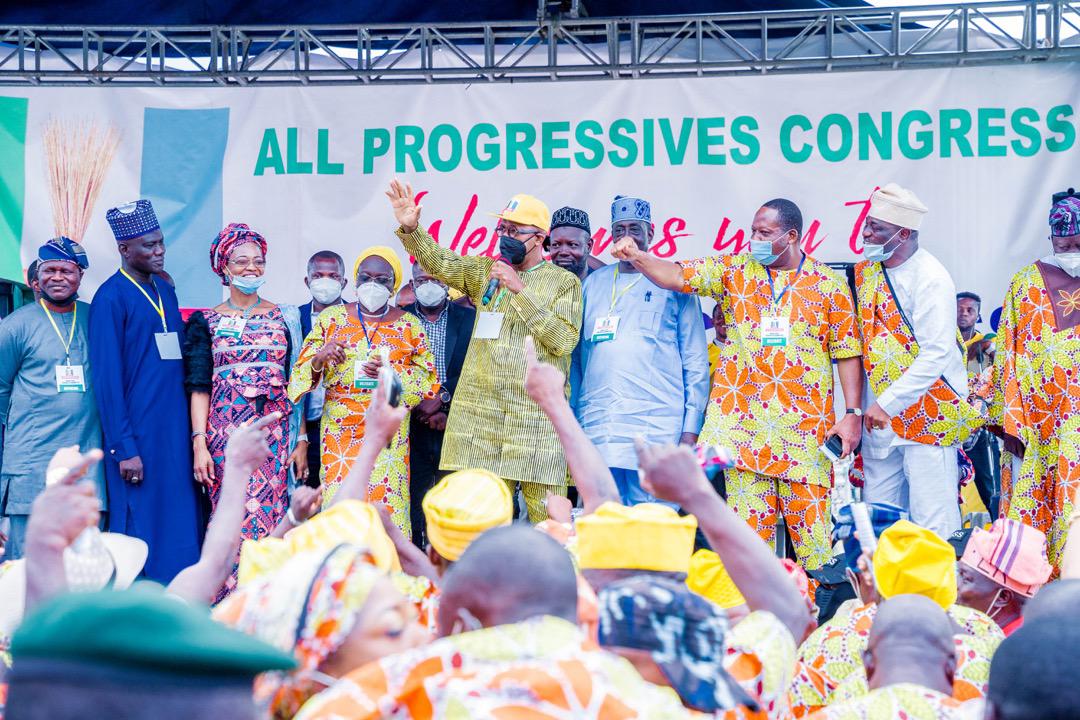 Sahara Weekly Reports That Ogun State Governor, Dapo Abiodun, has hailed chieftains and members of the All Progressive Congress (APC) for the peaceful conduct of the state congress of the party in the state.

Abiodun, who spoke after the election of 37 state officials of the party at a congress held on Saturday at the MKO Abiola Stadium, Abeokuta, described the exercise as a transparent and inclusive process.

The governor, however, urged the the new executive committee which had Yemi Sanusi, Aderibigbe Tella and Tunde Oladunjoye as chairman, secretary and publicity secretary, respectively, to work assiduously for the party and position it for victory come 2023.

Addressing the gathering earlier, chairman of congress committee, Bayo Ohu, informed that all aspirants for different elective positions of the party were duly screened on Friday.

He maintained that any congress held outside the MKO Abiola Stadium was nothing but “exercise in futility”.

Ohu said the committee had the mandate of the National Working Committee of the party to monitor the exercise.

He submitted that 1,730 delegates participated in the congress which was conducted in a peaceful atmosphere.

The election was conducted largely by voice votes as some contestants withdrew at the congress venue.

Related Topics:FeaturedGovernor Dapo Abiodun
Up Next