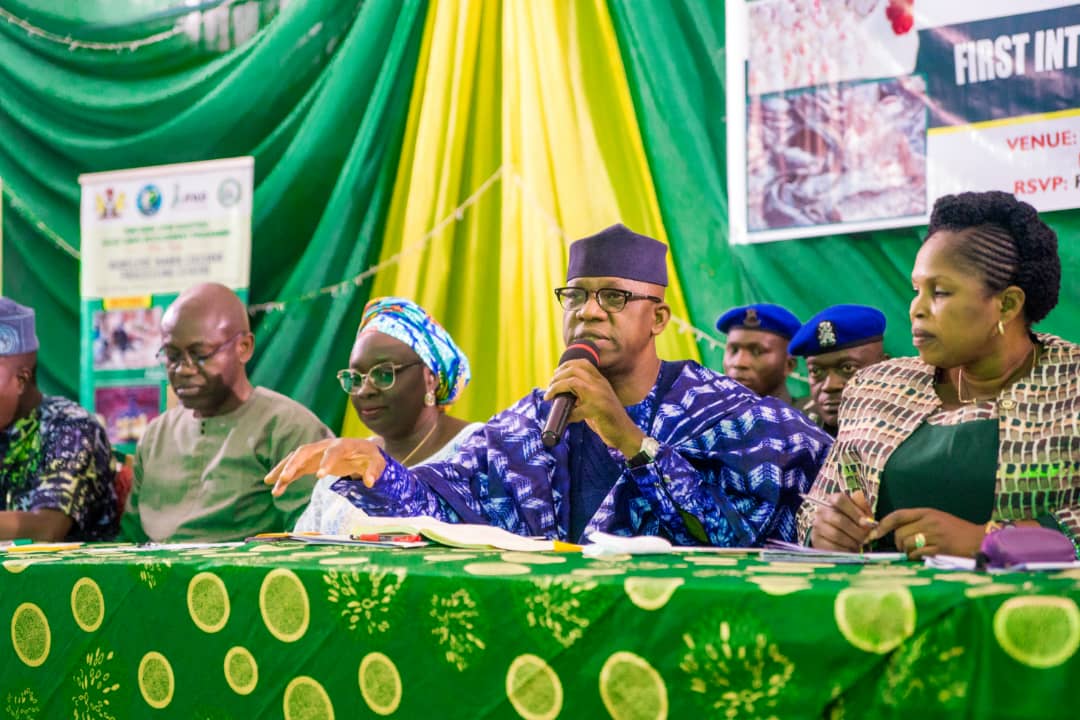 In its bid to make Ogun State the food basket of the nation and ensure food security, government has said 40,000 hectares of land would be made available to enable Farmers engage all season farming.

The State Governor, Prince Dapo Abiodun, who stated this at the first Interactive Session between the Governor and farmers in Ogun State, held at the Cultural Centre, Kuto, Abeokuta, said one hectare would be given to a farmer to cultivate.

He said his administration apart from providing focused and qualitative leadership that would encourage Public Private Partnership, also place priority on agriculture as one of its enablers to ensure that the State produces enough food to feed its people, neighbouring states and countries.

The Governor said an American company has indicated interest to partner the State by providing improved maize seedlings and off taking the produce, adding that the Central Bank of Nigeria was also ready to support the State in its Agricultural development drive.

He said the State was strategically located with large arable land suitable for planting rice, maize, cassava and other food and cash crops, saying that rural roads would be rehabilitated to ease movement of farm produce, while Security Trust Fund would be relaunch to provide efficient security coverage to the people.

Governor Abiodun commended fish farmers for being a model to their counterparts in other states, adding that the interaction session was to chart a way forward on how best to develop agriculture in the State.

In her welcome address, the Permanent Secretary, Ministry of Agriculture, Mrs. Abosede Ogunleye, said the State has the highest concentration of poultry farm insurance in the country, calling on farmers to key into the Agricultural agenda of the government as the present administration was ready to support them

The Chairman, All Farmers Association of Nigeria, Prince Segun Dasaolu, pleaded with the government to assist farmers in capacity building, revitalization of the Farmer’s market at Ogere by providing security, electricity and motorable roads for effective use of th facilities.

Representives of rice, cassava, maize, fish, cattle and poultry farmers also contributed on ways to move the agricultural sector forward in the State.