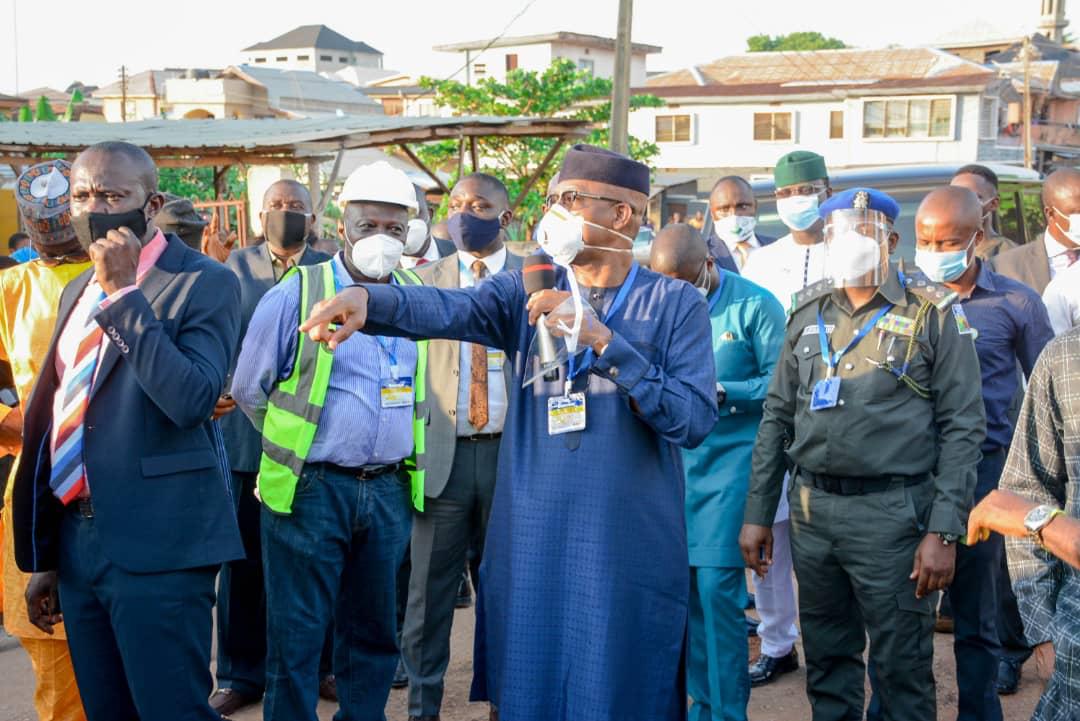 The Ogun State Governor, Prince Dapo Abiodun, Monday, visited communities in Abeokuta which were ravaged by flooding during the torrential rains that fell in the State Capital on Saturday.

The communities include: Isale Oja, in Kuto; Ijeun-Titun, and Ekundayo Street, Abeokuta.

The Governor expressed deep emotions, as he viewed the extent of the damage that the flood had caused to houses and business structures.

According to him, he had sent 5 Commissioners to the scenes and assess the extent of the damage caused by the floods, immediately he got wind of the development.

Governor Abiodun pleaded with leaders of the communities and markets to give the State Government a little time to gather details of affected persons and businesses for them to get the needed assistance.

Concerned Commissioners have been directed by the Governor to commence palliative works in the places, pending when a permanent solution would be put in place.

WHY YOU SHOULD DONATE TO VISIONARY WOMEN’S CLUB