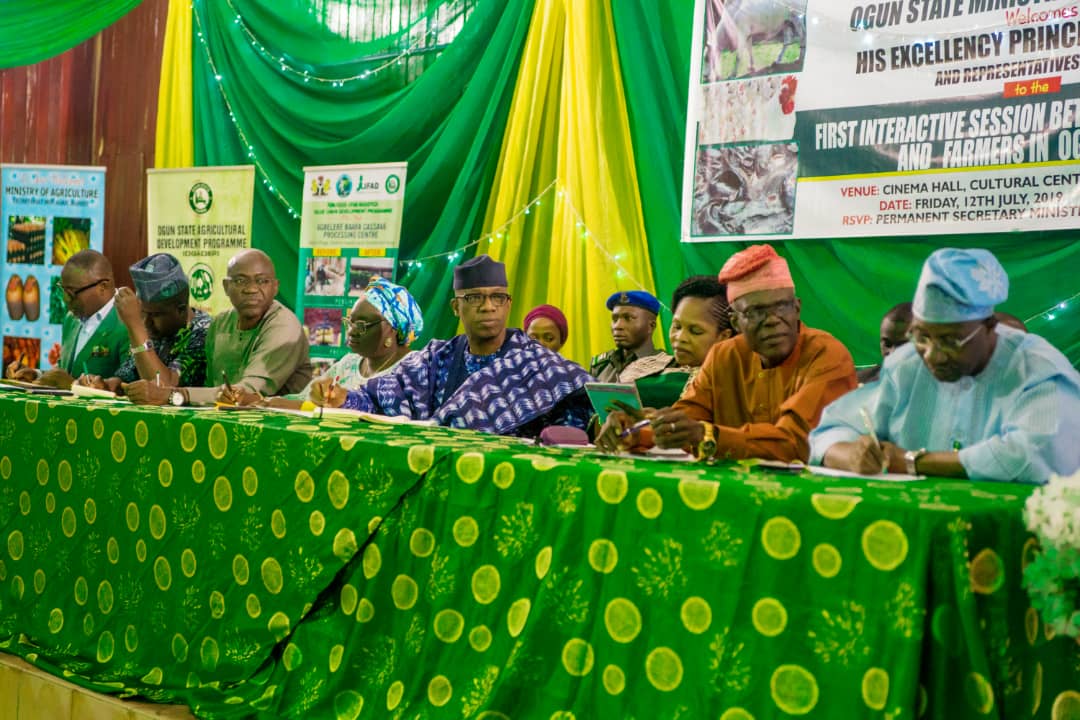 The Ogun State governor, Prince Dapo Abiodun has commended the efforts of fish farmers in the state for doing the state proud, noting that their efforts at making the state the toast of other states had made the sector a model to others not only in the country, but in the continent.

Prince Abiodun who made this known at the Cinema Hall, June 12 Cultural Center, venue of an interactive session he had with farmers, said that the state government would give the fish farmers all the support they would require.

” I must first commend those of us that are in the fishery sector for having done us so proud, because everywhere I have gone, they have talked about fishery in the state, to the point where it has now become a model that is being replicated in other parts of the continent.

” I want to give you an undertaking that these administration will give you the fullest support,” he said

“Let me tell you something today, as we prioritize these roads, if a road goes through a farm land or agricultural produce area, that road instantly becomes our priority, because we must be able to ensure that you can conveniently move your produce from farm to town,” he said.

Abiodun noted that the expected arrival of the team was in furtherance of series of discussions they’ve being having with them on how best they could help the state actualize its dream.

” I have sat down and met with different multi lateral and partner agencies that are willing to give us the support, they are so resolute, they are so committed to supporting us.

” As a matter of fact, the first team from Ivory Coast will be arriving on Sunday and they will be here for three days, these is in furtherance of the discussions we have being having with them over how and where they can give us support,” he said.

Abiodun who also disclosed that the team which was set to invest in three Agro processing zones of the country, had picked the state as one of the three beneficiaries, adding that an American company based in Malaysia with a factory in the state and South Africa was ready to provide seedlings and also provide offtake services to Maize farmers in the state.

In his remark, the Chairman, All Farmers Association of Nigeria, Prince Segun Dasaolu appealed to the governor to look into the rehabilitation of the training hall at OGADEP, which he said was in a state of disrepair, adding that the government should fully tap into various funds available, by paying all counterpart funds.