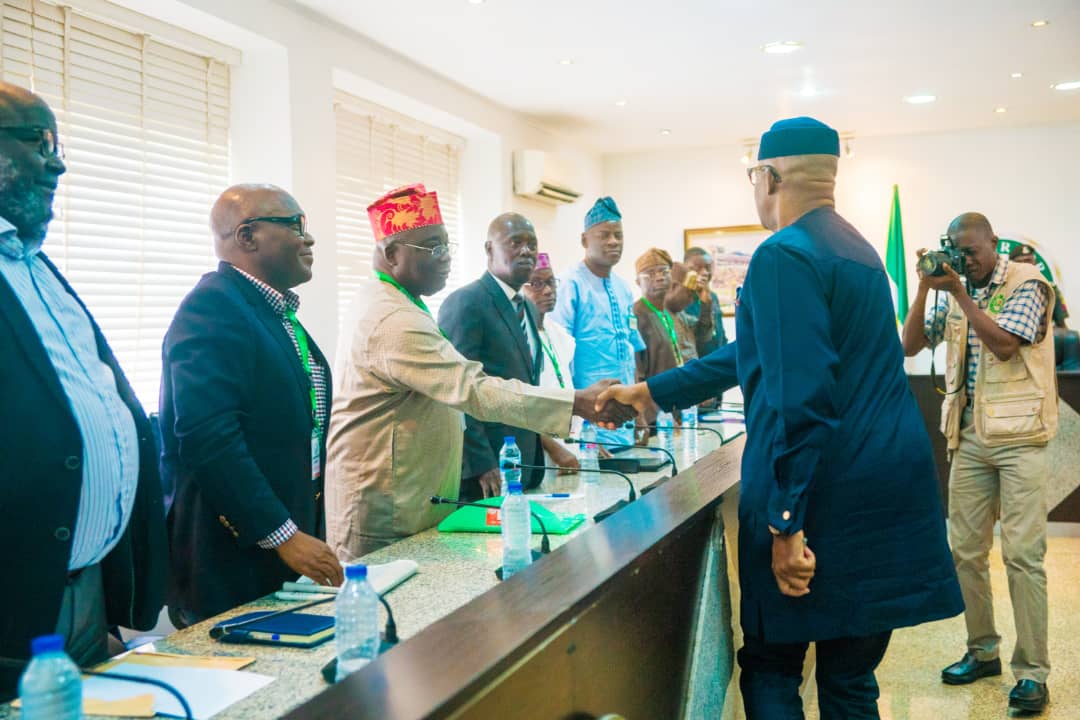 The Ogun State government says it will institutionalize the culture of continuity in governance so that polices or programs that benefit the people will not end with the tenure of an administration.

The State Governor, Prince Dapo Abiodun, who stated this at the inauguration of Projects and Contract Assessment Committee in his office said there were many inherited contracts and projects scattered across the state, whose actual contract prices needed to be established for the records.

He said that his administration was irrevocably committed towards ensuring a viable Public Private Partnership in its infrastructural development plan, by providing an excellent model of prudent financial management anchored on openness, integrity and discipline to convince private partners about the sincerity and the ability of his administration to  manage scarce resources.

“We are irrevocably committed to a viable Public Private Partnership in an infrastructural development plan, these means that our private partners must be convinced of our sincerity and ability for a prudent management of resources, we need an exemplary model of prudent financial management anchored on openness, integrity, discipline and to demonstrate that on our side, we are interested in quality private investment,” he said.

He said his administration would adhere strictly to public  procurement practice and equitable contract principles and procedures, adding that as a trustee of the Commonwealth of the people,  his government owe it a duty to account for every money received and spent on behalf of the people.

The terms of reference of the committee include: identifying all outstanding significant constructional project in the state in the past ten years,starting from 2009 – 2019, ascertaining whether or not there was budgeting provision for the projects in the budget estimates for the year under review and ascertaining the processes of award of contracts in line with the established procedures and necessary regulations.

Other terms include, determining the level of executions and quality of output of the projects, accessing the disbursement pattern in line with established process and procedure, recommending any viable pathways for the completion of project, or in alternative, determine other actions including, but not limited to reversal or cancelation of the contract that best align with the intent of the state government and also to advise government appropriately on such other matters considered necessary by the committee on these projects.

In his response, the chairman of the committee,who is also the chairman, Nigerian Society of Engineers, Engr. Adekunle Mokuolu,  said the committee the  was a pragmatic step in the culture of accountability, adding that the committee would come up with a blue print that would help government in actualizing its set goal.

He said that as professionals, the committee members would use their wealth of experience to ensure that their task was well discharged, adding that the people should expect a report that would ensure that engineering infrastructure was deployed into the state.