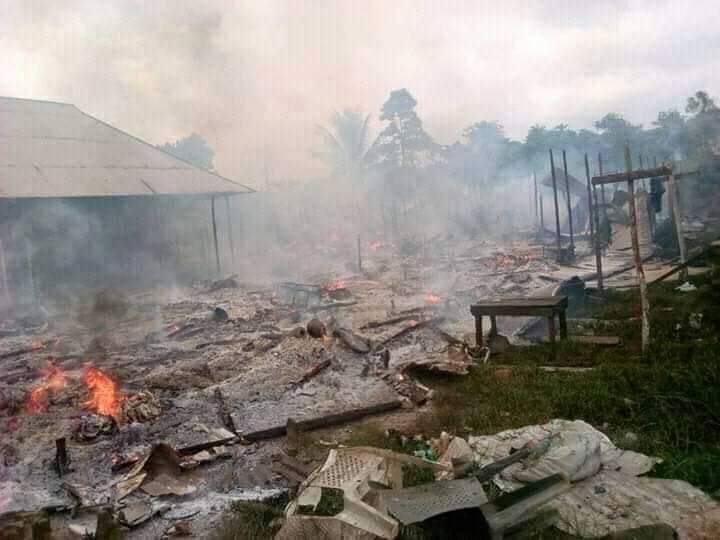 The Governorship aspirant in Bayelsa State (PDP), Hon.Tari Oliver has condemned the alleged invasion of Azagbene community in Ekeremor Local Government Area of the state on Tuesday 23 July, 2019 in a reprisal to the alleged killing of two Nigerian army personnel leading to the destruction of properties of innocent civilians and the burning down of the entire village.

Hon Tari,disclosed this through a press released made available to Sahara weekly that as a peace loving citizen of the country, she strongly condemned all acts of violence and extrajudicial killings in the communities even as she went ahead to condemn the killing of soldiers by criminals and called on the appropriate authorities to go after the perpetrators of the crime and ensure they get punished according to the law.

However she noted that the country was guided by constitution adding that when offences were said to have been committed, the law should be allowed to take its course.“Therefore, I condemn the act of punishing innocent citizens by destruction of their properties, because of a crime committed by a few bad eggs. I ask that personnel of the Nigerian army henceforth refrain from transferring their aggression and quest for vengeance to innocent law-abiding citizens who are also victims of these criminal elements.

This alleged attack by the military which is similar to the Odi military massacre of 1999 is barbaric and genocidal and has the trappings of jungle justice.“I therefore call on the government, civil societies, organizations, and all well-meaning Nigerians to raise their voices against this act of wickedness and injustice.

The continuous killing of innocent Ijaw sons and daughters and the burning of properties is nothing but injustice and oppression of unarmed citizens.“I call on the President and Commander-In-Chief to set up a panel to investigate this evil act and ensure that the inhabitants of Azagbene community get the justice that they deserve. The perpetrators of this act should be severely punished to serve as a deterrent from future occurrence.“I demand in clear terms the rebuilding of the community and the prosecution of all offenders no matter whose ox is gored”, said she