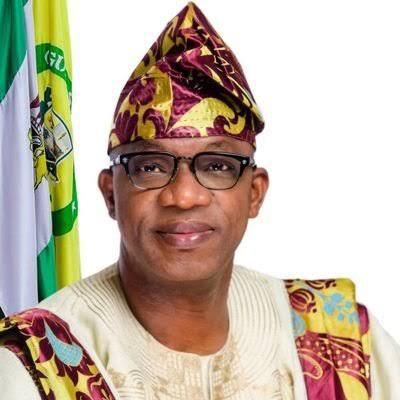 The Ogun State Government has signed a Memorandum of Understanding (MoU) with Britain as parts of efforts to bring urban renewal and public transportation up to speed The MoU will cover modern strategies to be put in place to accommodate the expected population explosion in the state and to address its effect on public infrastructure, especially, transportation.
The Secretary to the State Government, Mr. Tokunbo Talabi, who signed on behalf of the State Government and a Counsellor and head of Future Cities Programme of the British High Commission in Nigeria, Guy Harrison, agreed that it has become expedient to be futuristic.
The partnership drive between the Ogun State and the British government is captured under a programme called “Future Cities Nigeria”, a UKAID-funded urban renewal programme. It has a timeline of three years.
According to the programme outline, UK will provide support for the Ogun State transport sector. The British Government will also fast track housing and urban development in Ogun, which is currently facing the challenge of absorbing spillover of the population explosion in Lagos State.
Speaking at the MOU signing ceremony held at the Governor’s Office in Abeokuta, Mr. Talabi commended the initiative, saying it would complement the various efforts of the state government in its desire to plan for a common prosperous future for the people of the state and for physical infrastructure.
Talabi noted that the present administration was duly committed to providing the enabling environment for such partnerships to thrive seamlessly.
“We thank the British Government and the Future Cities Nigeria for these laudable initiatives targeted at planning towards the future in Ogun State. This level of support cannot be diminished because the Prince Dapo Abiodun led-administration is determined to change the narrative on how things are being done,” he said.
These, he said, can be seen in the various interventions of the state government in road rehabilitation efforts, security of lives and property, as well as the ease of doing business strategies amongst many others.
“Our desire is to make Ogun State, a place where you could live peacefully, and work prosperously for the future” he noted.
Mr. Talabi reassured the partners that the present government would not just pay lip service to governance issues, but would continue to accelerate even development and stimulate rapid investments within the state through workable collaborations with Lagos State.
“Part of our effort in this direction is beginning to bear fruits with the setting up of the Lagos-Ogun Joint Development Commission. It is meant to accelerate inter-state collaboration. We are already intensifying effort on road rehabilitation, provision of portable water supply, amongst many other initiatives still in the offing,” he added.
The State chief scribe thereafter reassured the partners of government’s commitment towards the realisation of the project in the state for the well-being of the entire populace.
On his part, Mr. Harrison, who is the leader of the British Deputy High Commission in Lagos, said that the team was in the State to support the policies of the Prince Dapo Abiodun-led administration in order to fully maximise all the benefits of urban renewal and transportation available.
He promised that the support of the British Government for urban renewal and public transportation in the State would be total. The primary focus, he noted, would be to develop the capacity of the people and the state at large.
“The British High Commission is extremely delighted with the State government on the various policies on sustainable development, job creation, poverty reduction and many others targeted at giving the people a new lease of livelihood,” he added.
Also, the Team Lead for the Future Cities programme, Mr. Simon Gusah, underscored the importance of planning as a prerequisite to nation building.
He said there was an urgent need for government at all levels to start planning for future challenges ahead, noting that the initiative was predicated on inclusive prosperity for all.
Mr. Gusah contended that the programme represents a catalytic intervention aimed at leveraging international and British expertise towards improving trade and investments between Nigeria and the rest of the world.
He asserted that the programme has the potential to facilitate additional finance and improved opportunities for international and UK businesses in Ogun State.