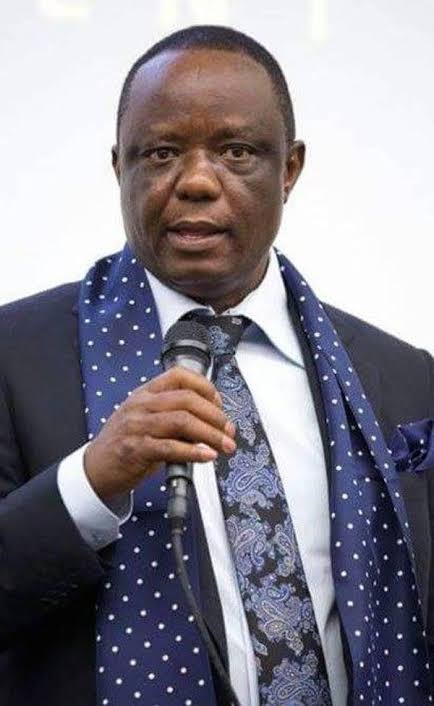 By Daniel Eromosele AKA Pikolo.

The Attention of the Street to Street Ambassadors has been drawn to an oasis of falsehood written against Captain Hosa Wells Okunbo, by a faceless Writer ,whose Message revealed who his true Paymasters are .
Captain Hosa Wells Okunbo,MFR is a Pride to Edo State ,a magnanimous character with a benevolent spirit who thrives in Businesses employing thousands of Nigerians .
Captain Hosa Okunbo is not a Politician. He is a Business Man who has interest in varied Sectors of the Economy and an enigma who has the milk of human kindness as opposed to the coldbloodedness,callousness and vindictiveness of the Paymasters of the subject writer that  penned down the gibberish that is the subject of this Repose.
The Said write up is replete with falsehoods, gross misrepresentation of facts,which smacks  of  standing the truth and logic on their hands .
The hatchet writer just like his paymasters has found a place in the Hall of Shame of Edo State compared to the the Hall of Fame ,which Captain Hosa’s name has been permanently enthrenced for the homogous charitable interventions  he has done and he is doing  in Edo State .

For the Data wasted and the  time wasted in reading the fairy tales of the pen traducer ,masquerading as a Writer ,I dare say the said Traducer  must be living a life wasted to be a pen contractor to those that have taken us to wasted years .
What a life !
The Street to Street Ambassadors eulogise Captain Hosa Wells Okunbo ,MFR and State that he is indeed a good Ambassador of Edo State soaring above the paymasters of the traducer,who are known to be petty,capricious,avaricious and insipidly insidious to good things and good people .
In demonstration of Captain Hosa’s Contribution to the Nigerian State ,the Federal Government of Nigeria,bestowed on “Capito” as he is  fondly called the prestigious National Honours of a  Member of the Federal Republic (MFR). It is the procedure, that before National Honours are bestowed on deserving Nigerians,the Department of State Services (DSS),Carries out background checks and whenever any incriminating Report is found to a would be Awardee ,it is forwarded to the President,who drops such a Nominee. This was done before the conferment on Captain Hosa of  MFR and nothing incriminating whatsoever was found on him.
The tissues of lies contained in  the Hatchet Man’s Write up are tissues of lies or maybe the trajectory of his  paymasters ,who perhaps are being hunted by their past .
Captain Hosa Wells Okunbo,MFR, is a good man.You can not take the shine off a good man .
He should be praised and not vilified. Captain Hosa Wells Okunbo has imprinted his footprints in the sands of time .