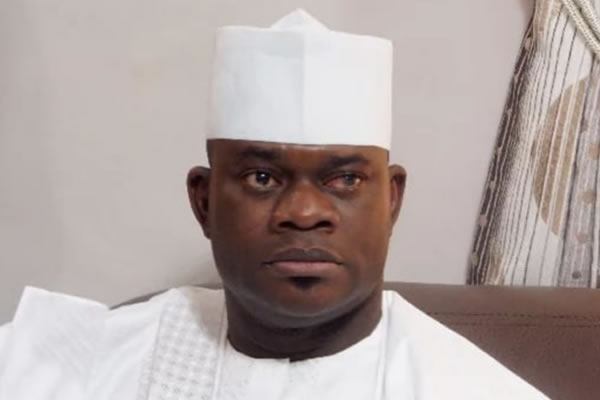 Doctors in Kogi state have given Governor Yahaya Bello a strike notice.

The threat came on the tail of announcements by the administration of Governor Yahaya Bello of Kogi State that it has redeemed its pledge to pay civil servants their backlogs of salaries.

The association’s warning was contained in a communique of its emergency Congress of held in Lokoja, on Christmas eve.

The communique signed by its Chairman and Secretary, Dr Magnus Ogaraku and Dr Zubair Kabiru, gave the state government a 21 days ultimatum to meet heir demands or they will be left with no other option than to ask all their members in health institutions in the state including private hospital to proceed on an indefinite strike action from 13th January, 2017.

The communique accused the governor of not paying 10 medical officers employed on the 13th October, 2015 to the state university teaching hospital (KSUTH) Anyigba, while their counterparts in the Ministry of Justice and kogi State Specialist Hospital are receiving regular salaries.

“The Congress also observed the gross underpayment and illegal deductions from the salaries of some medical officers working with the Kogi State government. The premature, selective and illegal application of no work no pay rule to some members of the Association of Resident Doctors (ARD), Federal Medical Center, Lokoja, in less than 49 days of commencement of strike action.

“This contravenes the labour law, which states that, such actions shall be applied only if the strike(s) exceeds 100 days.

“The congress also took note of the obnoxious, inhuman, forceful and wicked imposition of levies, taxes, rates, rents, duties on registered private hospitals in kogi state, while refusing to empower the office of the director of medical services (DMS)/NMA monitoring committee with utility vehicle and law enforcement agents to fight quackery thereby stifling legitimate and law abiding citizens but, encouraging quackery to thrive in kogi state.

The Congress further resolved that, “That all the doctors working with the kogi state government who have not been paid their salaries up to date should be paid within the next 21 days. Underpayments, illegal deduction from the salaries of these doctors should be corrected and refunded within 21 days.

“The management of Federal Medical centre, Lokoja should revert the no work no pay rule and pay the affected residents doctors within 21 days.

“Harmonization of taxes to avoid multiple taxation as is practiced in other states. Stop intimidation and harassment of registered private hospitals and clinics forthwith until harmonization is done.

“Failure of the kogi state government and the the management of FMC Lokoja to comply with these resolutions, the NMA will be left with no option than to ask her members in all health institutions in kogi state including private hospitals to proceed on an indefinite strike action from 12:00 midnight of 13th January, 2017.”

Related Topics:DoctorsKogiYahaya Bello
Up Next

‘Our standard of Living has depreciated’ – MASSOB laments