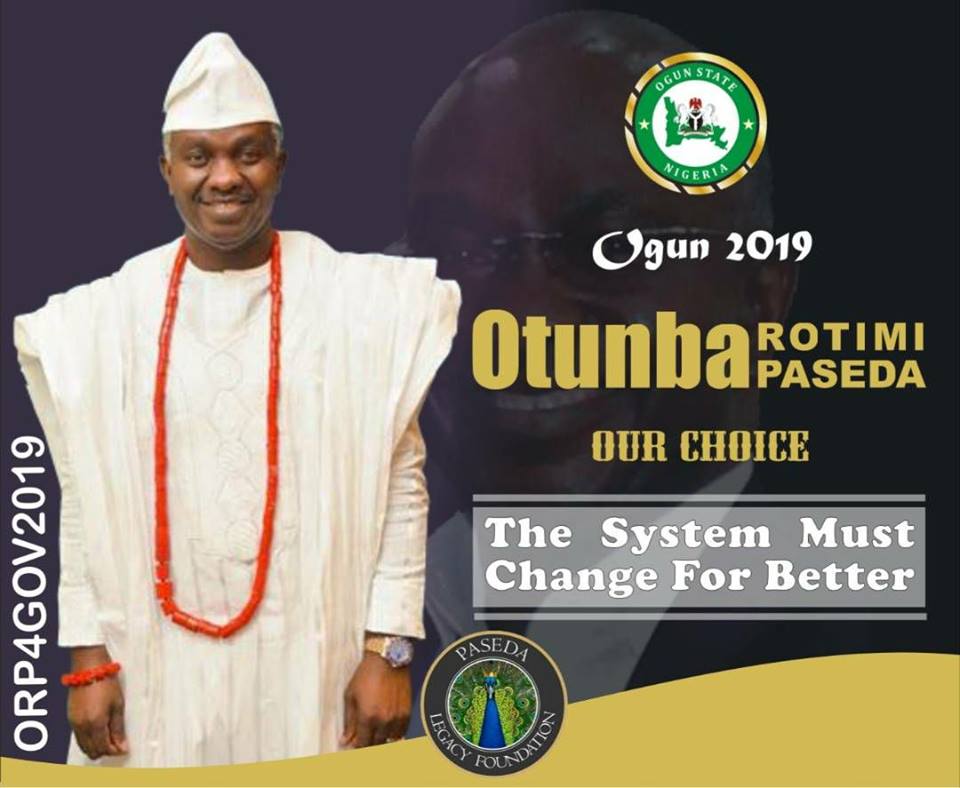 As much as we cannot crush faith by simply removing its earthly manifestation, we can hold firm as long as we believe in the fact that change must continue to occur in our dear country. The change we deserve would come through individuals or collective of individuals that truly believe that a political position is not an avenue to fulfil an unrealistic childhood dreams of owning the entire world through pocket servicing.

Many would reason along with me that the political, economic and social footprints of the only president Nigeria never had has been the bedrock for many individual politicians and political parties in Nigeria today. Hardly would a day go by without you hearing from a politician that his or her party’s stands to build on the foundation of Chief Obafemi Awolowo. It is in no doubt that the Awolowo’s dream is so marketable to this generation and to the arriving generations as far as politicking and governance is concerned in Nigeria.

The first noticeable trait of good leadership that was exhibited by Chief Obafemi Awolowo is the vision and wisdom that he harnessed in reforming and forming a strong political structure with ideals of liberating the entire Nigerian race as far as governance is concerned. Awolowo from my opinion was a man that strived to create a consenting process and unity which was aimed at ensuring that the shared origins and the economic well-being of Nigerians are extremely important. In all circumstance, I have come to conclude that Awolowo’s resentment of discrimination and inequality influenced his politics and ambitions as a nationalist. This I have traced to the character of Olawale Rotimi Paseda, a man that has seen himself as a crusader on behalf of his beliefs. He has demonstrated this through his personal convictions and concerns about morality, honour and truth in the political process. This has been expressed through his servant-leader relationships among people around him.

Rotimi Paseda might have lost the gubernatorial race in Ogun State at the last polls but the stricking thing about his loss was that he came around the state politicking barely few months to election and pulled enough strength by emerging third at the polls.  Beyond the material and intellectual benefits of linking wider political ambitions with local political support, a comparison of Awolowo’s career with a typical man like Paseda suggests that local support was not only instrumental for a successful political career at all levels because it provided the required votes. The Unity Party of Nigeria is a political party that many have forgotten about.

It is a party that the late Awolowo himself nurtured for modern democracy but after his death; the party barely survived the heat of real Nigerian political struggle especially at the emergence of stronger political parties at the fourth democratic republic. Unity Party of Nigeria is so alien to many eardrums until the last election when it resurrected from angles that no one expected. The notion behind the party’s sudden emergence is that the great vision of Awolowo must be achieved beyond imagination. I guess heaven smiled at the intention has a singular man’s struggle has made it a party to be reckoned with at the moment. If not a strong opposition as at now, it is growing the tentacles of a viable opposition sooner or later. Paseda insists that Awolowo’s legacy must not die. He is not saying this with mere words of mouth; he is acting it like Awolowo himself would have acted if he still sailing on this Island called mother earth. Awolowo was a supporter of good initiative just like Paseda made it obvious that he stood for that irrespective of where or whose party it is coming from. If it is a good initiative that would checkmate the excesses of the citizenry or initiatives that would better the life of every Nigerian, he readily admires and embrace. No doubt that Paseda being an Awoist to the core, believes so much in Awolowo’s philosophy to the latter. This single man went on a tour to Northern part of Nigeria to revive the Unity Party of Nigeria in that part of the country. This is a rare breed of today’s politician. Most of our politician wants readymade parties that they can easily ride on smoothly to power.  I guess Paseda took a well grip of Awolowo’s message at the point of death that, there will be a time when the good from the left and right will come together to form a credible government’, what this means is that the good from APC, PDP, UPN, etc, can come together to form a formidable force to move Nigeria forward.

To the youths, this is a typical politician that we can learn from his style of politicking. If it is to be, it is up to us. (Whyte Habeeb Ibidapo is a Lawyer, United Nations Award winner, Africa International Arbitration Award winner, amongst others.