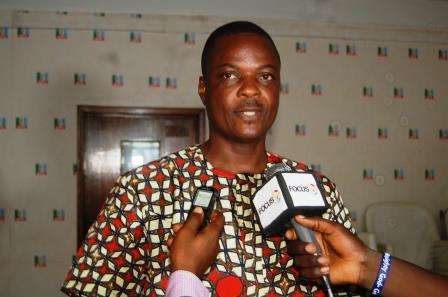 Governor Oluwarotimi Akeredolu of Ondo State has been accused of overburdening residents of the state with multiple taxation, thereby aggravating the spate of poverty in the state

Zadok Akintoye, the Media and Publicity Secretary of the PDP, while speaking with Members of Nigeria Guild of Investigative Journalists, NGIJ, said the Akeredolu administration has further impoverished the State and its people, as they are been forced to pay from their noses, despite the fact that people of the state are lacking basic amenities they ought to have been enjoying as the dividend of democracy.

He accused the Akeredolu administration has been embarking on white Elephant projects that have no meaningful impact on the people of the State.

“The ongoing Ore bridge construction has been shrouded in secrecy with the Akeredolu administration been economical with the truth on the actual amount budgeted for the project, likewise other projects in the State”.

Meanwhile the Ruling All Progressive Congress, (APC) as refuted the claimed, insisting that the government has been prudent with the state resources.

Alex Kalejaye APC spokesman in the state said Akeredolu’s administration has implemented a lot of infrastructural projects across the State.

He chided the Peoples Democratic Party (PDP) and describe them as opposition who will never see anything good been done by the government.

“Nothing good comes easy as regards to the taxation. At least the people are seeing what the government is doing with the taxes”

The APC spokesman added that quality education is not cheap. ” You can’t expect something good from the opposition that is why they are attacking the government wrongly”

He noted that Governor Akeredolu has constructed many roads than other past governors in the state. The road to oke Alabojuto in Ikare, Iwaro in Oka, Ifon an outlet lane which was a death trap has been completed. Also, the roads to Ajekunle, Ogbonmo, Ikare, Arakale, Idanre Oda Road have all been constructed by Arakunrin Akeredolu administration kalejaye added.