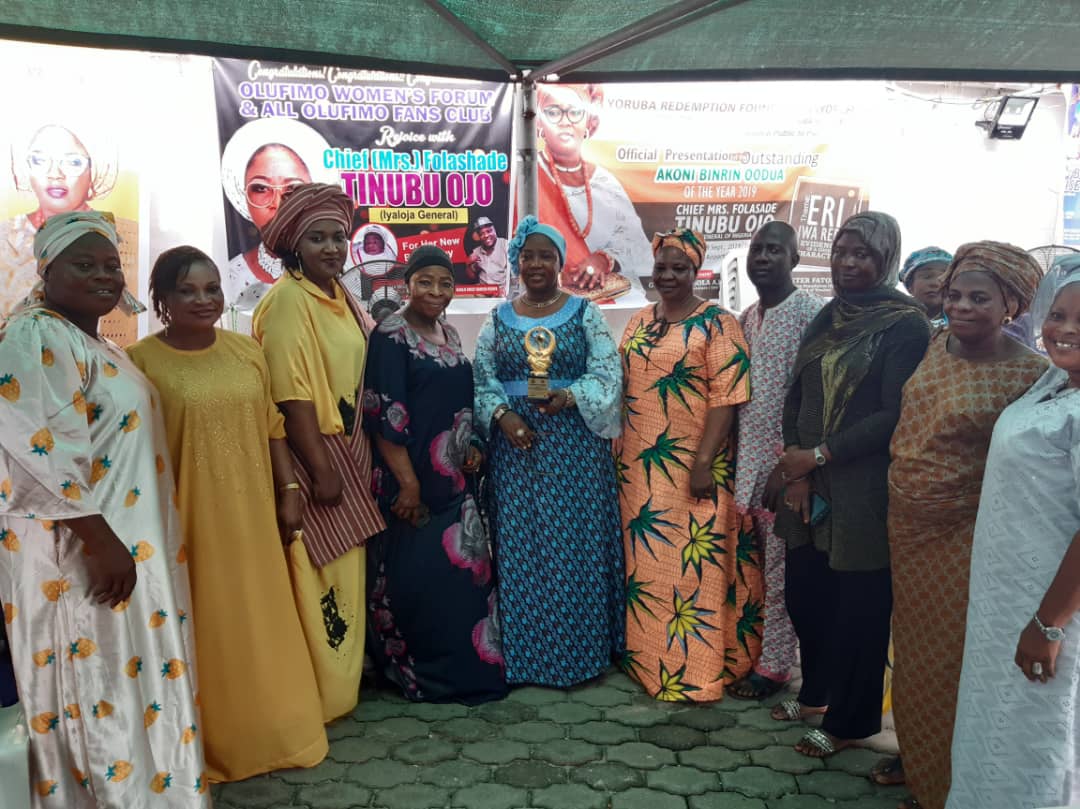 The Association of local government vice-chairmen in Nigeria led by Honorable Lawrence Onuchukwu has presented an award of peace and unity to the Iyaloja General, Chief Mrs Folashade Tinubu-Ojo.

The award presentation which came after the announcement was made at the annual award/gala night of the association held in Abuja was presented by the National deputy Chairman of the association, Honourable Princess Folashade Olabanji-Oba in Lagos.

The award recipient appreciated the association for their love and the recognition they gave her with the award, making it known that she will always show her support to the association at anytime.

According to Honourable Princess Folashade Olabanji-Oba, the awards given out weren’t done based on sentiments but it was given to recipients after due and thorough observation of their activities in making the nation a great one, making it known that all recipients deserves it.