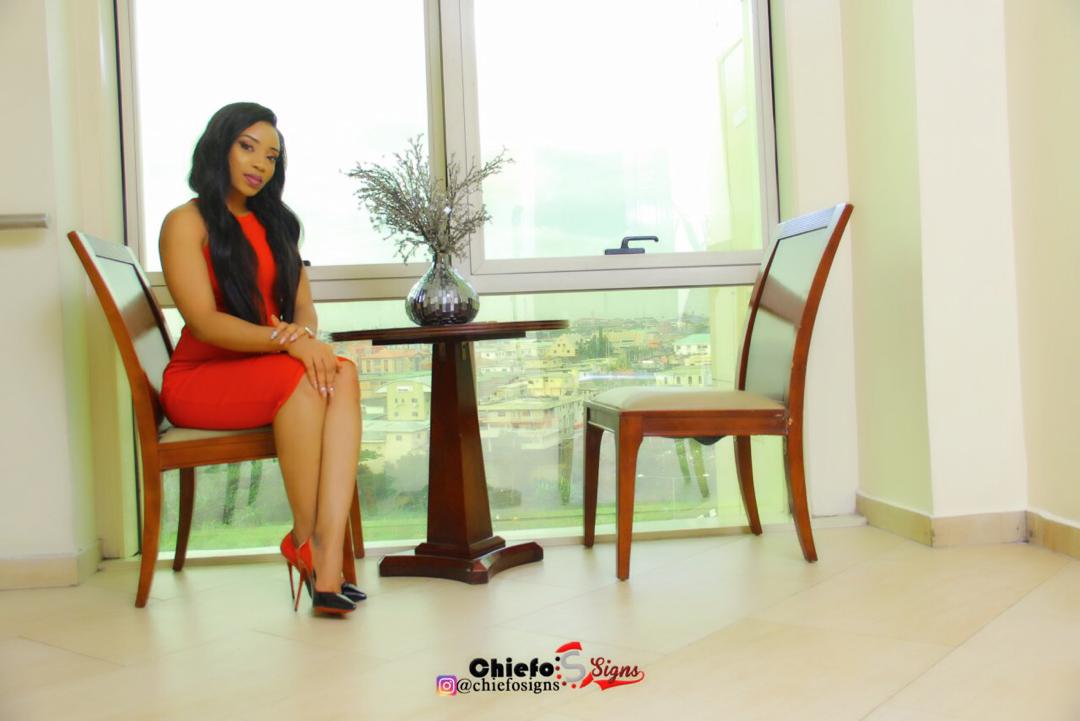 + Her Humble Rise to Stardom

Arguably, delectable Queen of Aso international, Ogunyale Tinuola Roselinehas carved a niche for herself as a pretty damsel who is a force to be reckoned with in the industry as she bagged a prestigious awards on Sunday,July 28,2019 in Lagos.

Simply known as Rose Tinuola, a name she got when she started a humanitarian service, Rose Tinuola Foundation, where aspiring models, actors are groomed into realizing their potentials.

Tinuola, the multifaceted gem and a happy-go-lucky beauty queen  started from modeling. Then, she took modeling as a mere passion. But today, the beautiful and highly versatile actor has become a big brand; what she took, then, as a passion has now formed the bedrock of her relevance.

A BSC holder in International Relations and Diplomacy at the Institute Superieur De Formation Professionelle, (ISFOP) Republique Du Benin, 2018  and a 2012 HND holder in Accounting at The Lagos City Polytechnic, she was born on the 15th September. Interestingly, she is a lady whose head is scrolled in the right directions with her beauty, not in her face alone, but a light in her heart.

She is an entrepreneur, model, actor, film maker, event manager/planner and a skincare specialist ( @rtskincare). She produced the movie, INFERIOR AND HEART TRICKS. Some of her accomplishments included working with major brands for television commercials and billboards advertisements.

With a face like Rose Tinuola, it’s quite peculiar for bees and butterflies not to notice a beautiful flower like her. She is so beautiful in and out and her true beauty is reflected in her soul. So much that she has become a Centre of attraction and attention wherever she steps her feet into.

The delectable woman has worked with virtually all the major brands in all sectors such as, Airtel Communication, Smile Communication, MTN, Globacom, Dabur Toothpaste, D & G Wine, Eva soap, Veleta Wine, Bella Hair, Bollywood Hair, Jobberman, Hawaii Soap, 9mobile TV commercial and many more. She is, indeed, a model like a role model.

Tinuola was an Ambassador for Airtel and she is currently an Ambassador for Bella Hair, Eva Soap and Hawaii Soap. Not only that, the beautiful and highly eloquent beauty  has worked with Africa Magic Channel 153 and 154 on the African TV Series popularly called Tinsel.

In Nollywood, she is not one of those up and coming as she has fully registered her presence as a producer and actor as she has produced and as well featured in several movies such as, The Back Up Plan, Ruby, Inferior, Heart Tricks, Ocean of Tears, Obsessed, Ambition, The Other Side of Me,  A Fighting Chance, Sharp Guys and more. For series, she is well known in Tinsel and Papa Ajasco Television Series.

Currently, the quiet Tinuola with  a high sense of humour, is the Queen of Aso Rock International, 2018.

She started her NGO, Rose Tinuola Foundation, in 2018. (See pictures on @r_t_foundation instagram)

She has provided grooming services for famous models, actors and actress where she grooms, and trains models for beauty pageantry and runway catwalks. Loving her career as a model evolved her into being an actress; she is indeed a positive role model.

No doubt, Rose Tinuola is living the life of her dreams because being a role model is a powerful form of education as she provides more than inspiration to others.

If you wish to get her attention, invite her for a dance @rosetinuola on Instagram, she is easily carried away by that because one of her hobbies is to dance; also, connect, traveling, shopping and watch good movies are all part of what she derives pleasure in doing.

Related Topics:coverstoryENTERTAINMENTfashion and lifestyle
Up Next