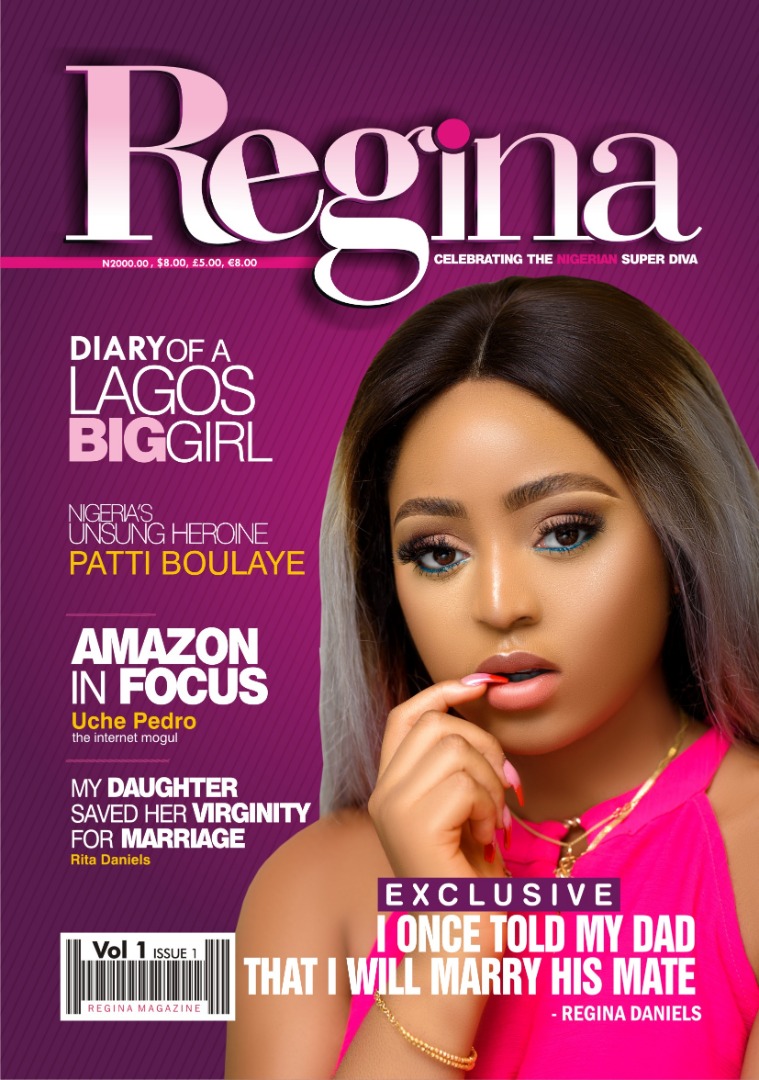 Delectable Nollywood actress, Regina Daniels has turned publisher.  Information available to us revealed that the wife of billionaire philanthropist, Prince Ned Nwoko will launch her own celebrity magazine called Regina on February 12th, 2020 in Abuja.
According to our source, the maiden edition which is billed to roll out that day featured her exclusive interview where she confessed that she once told her dad that she will marry his mate.
We confirmed that the magazine publication is meant to be celebrating Nigerian super divas, those female folks who have succeeded in their lives endeavors. And also to inspire the upcoming young ones.
The focus of the magazine will be entertainment, Nollywood, reviews, politics, business among others.
Notable actors, actresses and top notch celebrities are expected at the launch. Regina is also the owner of RET { Regina Entertainment Television}

Related Topics:coverstoryRegina Daniel
Up Next

OUR URBAN RENEWAL PLAN WILL TAKE CARE OF THE FUTURE – GOV. ABIODUN

Challenges Motivate Me As An Ambitious Entrepreneur”