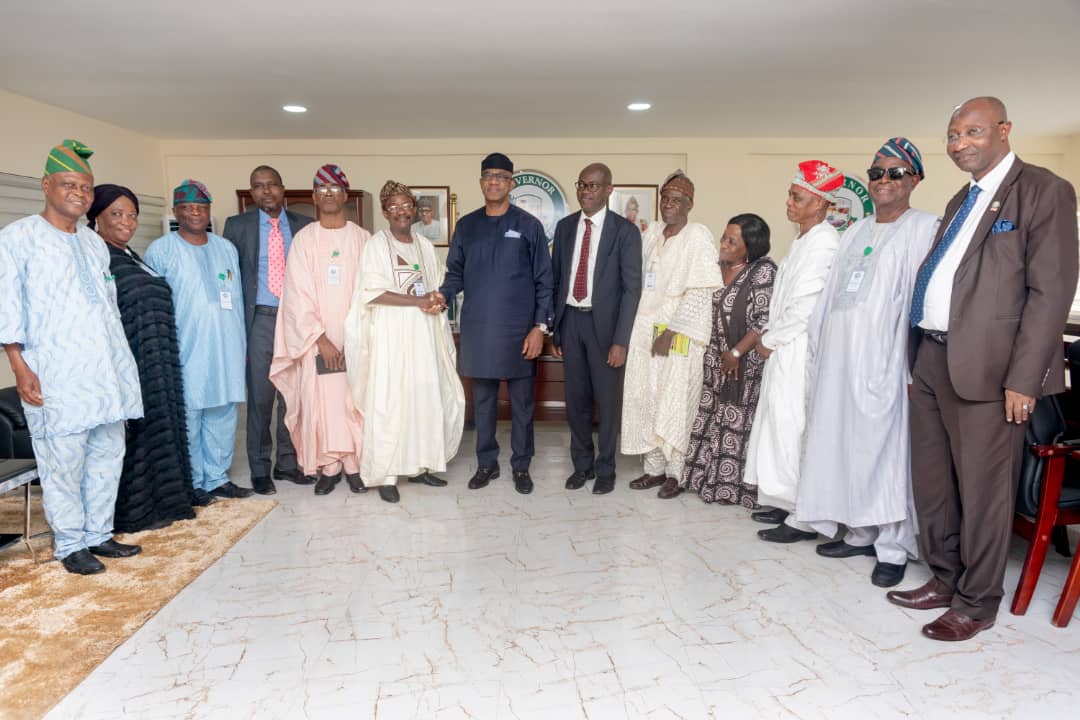 The Ogun State Governor has described retired Heads of Service and Permanent Secretaries, as a very important body to his administration, noting that the collective experience and the wealth of wisdom they possessed was unprecedented.

Prince Abiodun who made this known in his office, while receiving the Association of retired Heads of Service and Permanent Secretaries, said, the meeting, being the first meeting he would be having with past government officials, underscores the importance the body attached to the offices they held in the past, adding that the public service was largely responsible for governance.

He applauded the body for playing an important role at ensuring that the lessons of the past was well documented and published through the effort of various work groups  into a report which he said he will make his bedtime story book.

” I am not surprised that our body of retired permanent secretaries  and heads of service have provided and produced a book that says 40 years of monumental achievement in the Ogun State public service and indeed it is actually the first of its kind in any of the states’ public services.

”  I also want to thank and commend you for this document that says perspective of moving Ogun state forward, that you have graciously put together and you have done  so by tasking yourselves and creating  committees amongst yourselves, I want to assure you that this will become my bedtime story book “, he said.

In his remark, the Chairman of the group, Otunba Babatunde Osokoya appreciated Governor Abiodun for receiving them, adding that, the antecedent and the pedigree of the governor in the private sector marked him out as someone, who has what it takes to lead the State.

He disclosed that the body had in the past, involved itself in settling issues bordering on industrial dispute between the government and the workforce, adding that they had been able to do the job positively.

Meanwhile, Governor Abiodun has commiserated with the Body of Permanent Secretaries over the loss of one of them, Mr. Olusegun Olaleye, who until his death was the Permanent Secretary in the Ministry of Finance.

Prince Abiodun, who described Olaleye as a dutiful public servant, who had put in his best for the State , said his demise had showed that death was inevitable, expressing his condolence to his immediate family and the body of Permanent Secretaries.