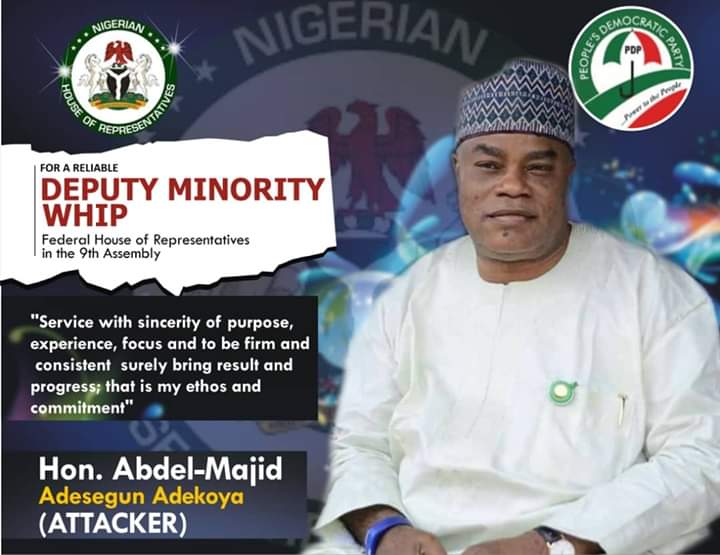 Hon. Adekoya has been the favourite candidate and choice of the majority of 147 members of the People’s Democratic Party(PDP) in the House of Representatives.

A total of One Hundred and Eleven House of Representatives minority members endorsed Hon. Adekoya on the floor of the House.

After his tenure as Chairman, Hon. Adekoya was appointed as Personal Assistant to Jubril Martins-Kuye, the Minister of State for Finance in Abuja where he served from 1999 to 2003.In 2003, he was appointed by Governor Gbenga Daniel of Ogun State as Commissioner 1 in Local Government Service Commission from 2003 to 2007. He was later reappointed as Commissioner for Local Government and Chieftaincy Affairs from 2007 to 2008.

After a minor cabinet reshuffle, he was drafted to the State Ministry of Works as Commissioner where he served from 2008 to 2011.

He is a member of the National Executive Council (NEC) of Nigeria’s main opposition party, the People’s Democratic Party (PDP), the highest decision-making organ of the party.

Hon Adekoya was a member of the 8th National Assembly in the House of Representatives, Abuja. He was the Vice Chairman of House Committee on Land Transport and Chairman several other Ad-hoc committees of the House. He joined the race again in 2019 and was popularly elected with a wide margin.