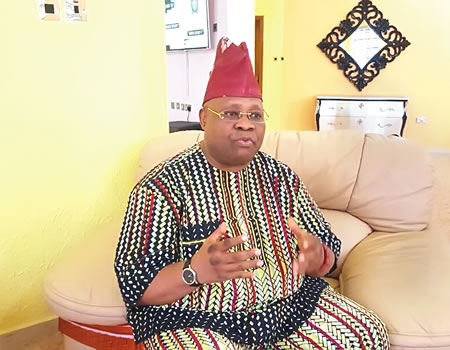 Shockingly, the Appeal court sitting in Abuja has affirmed the victory of Alhaji Gboyega Oyetola as Osun State Governor over Senator Isiaka Adeleke.

In a majority ruling, four Justices of the Court of Appeal ruled In Favour of The sitting Governor by upholding his appeal.

However, Justice Mabamba reading the minority/dissenting judgment, held that evidence of not sitting of Justice Obiora is speculative.
Earlier, Dr Ajibola Basiru announced appearance with other lawyers for the Appellant, Gov. Oyetola. N.O.O. Oke SAN for Ademola Adeleke and the PDP while Adesina Agbede appeared for INEC and Dr Biodun Layonu SAN for the APC.