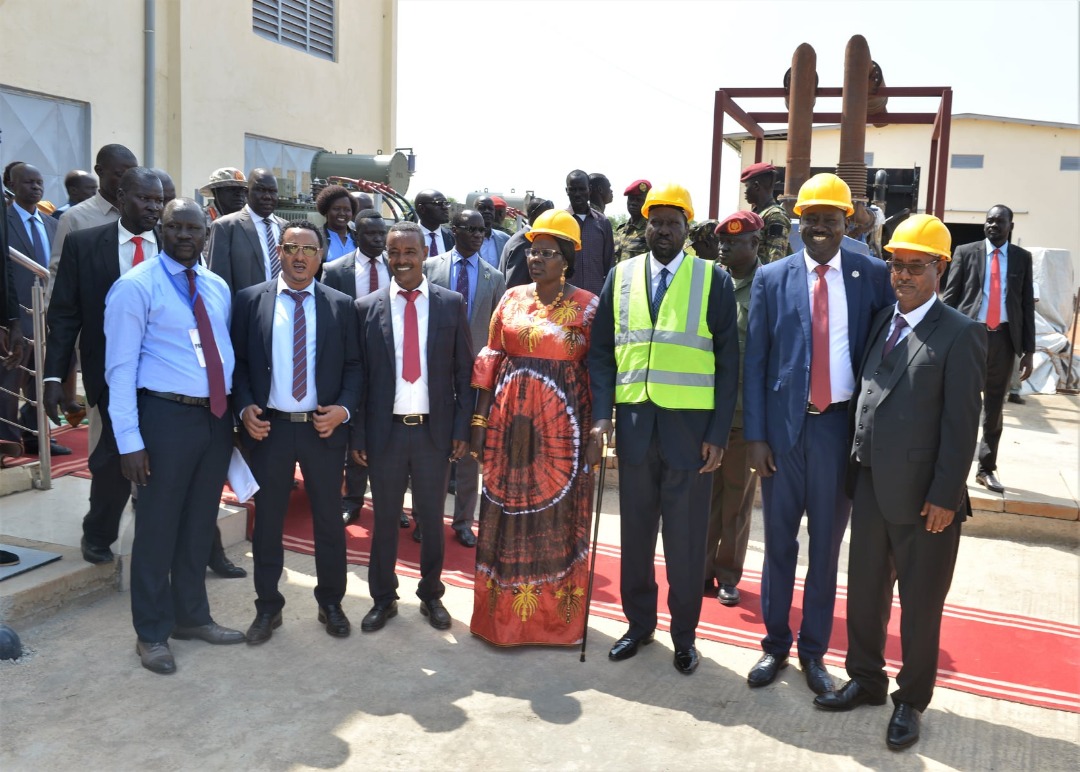 ‘This marks the beginning of the new era: No more war,’ President Salva Kiir says

South Sudan has launched its first electricity grid and power distribution system in the country’s capital Juba with President Salva Kiir Mayardit declaring it a strong sign of peace, unity and development in the world’s youngest nation.

The launch marks the first time the city will actually have an electricity grid as the government and other private institutions had functioned by using their own generators.

President Salva Kiir used the opportunity to
emphasise the end of war in the crisis-ridden nation and declared focus is now squarely on development to deliver services to South Sudan’s citizens.

“To my follow citizens, today marks the beginning of the new era: No more war. This is the time of development and services delivery to people,” Kiir said while commissioning the plant.

“This project marks a major milestone for the Ministry of Energy and Dams and the nation at large. More importantly, it is hoped for us as people that our dreams will not just remain
dreams but will become a reality,” Kiir said.

He said the electricity would eradicate pollution that comes with large scale use of diesel in the environment, and assured the country that the government would equally focus on developing hydroelectric power and the renewable energy sector.

“This project will spur development across all the economic sectors in the country where more than 70% of lighting relies on generators and others on kerosene,” he said.

The Ezra Group from Eritrea invested $289 million in the power plant that will provide 100 megawatts for Juba when completed, the Managing Director, Ghebrengu Ezra, told reporters during the launch

“Ezra group is willing to invest in this project without any guarantee,” he declared.

The Juba City Power distribution system was also constructed with the support of the African Development Bank which provided $38 million, according to Dhieu Mathok, Minister of Energy and Dams.

This historic development comes just weeks after the visit of Nigerian ‘Prophet’ TB Joshua who led public prayers for peace in the Presidential Palace with President Kiir, his whole cabinet and thousands of South Sudanese citizens in attendance.

The United Nations, African Union and US Government are among the bodies echoing Joshua’s call for peace in recent days, calling on South Sudan’s leaders to overlook their differences and ensure a unity a government is formed within the 100-day extension framework.