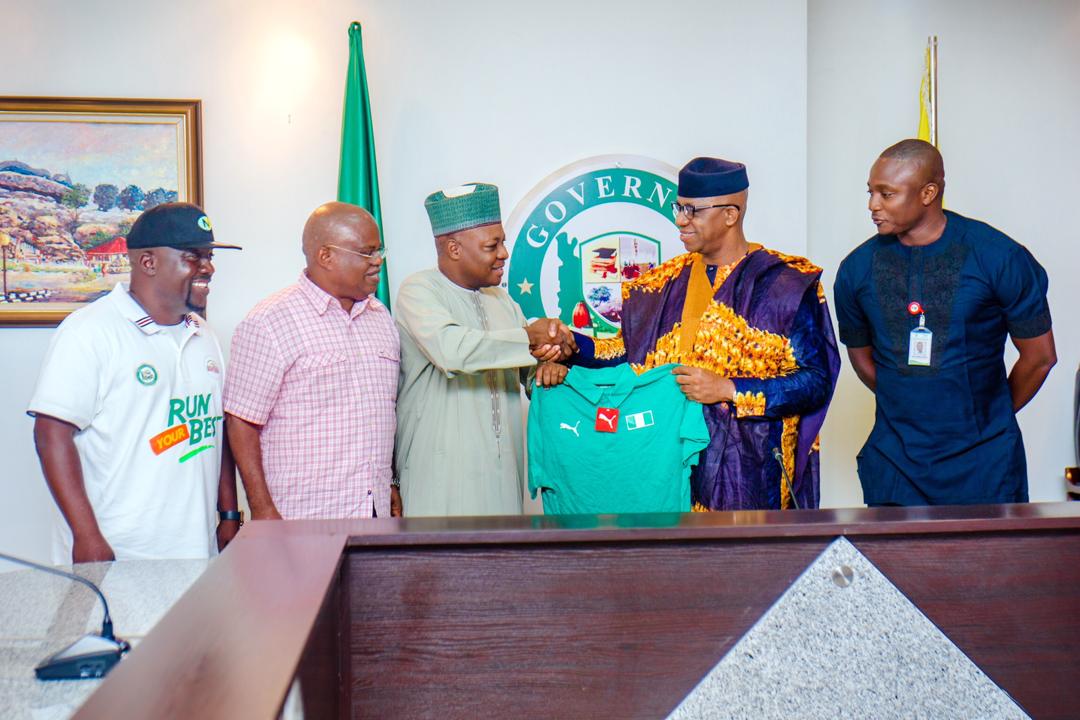 The Ogun State Governor, Prince Dapo Abiodun, has described sports as a veritable tool that could unite the various ethnic groups in the country, if well harnessed.

The Governor, who noted this in his office when he received the organising members of the Abeokuta 10-Kilometre Marathon Race, led by the former Commissioner for Youths and Sports, Mr. Bukola Olopade, said sports have the potentials of bringing every segment of the country into a united family.

“Sports is what Nigerians take seriously. It is a major unifying factor that should be encouraged. Sports, apart from being a profession, also help in keeping people fit and healthy.

“When Nigeria is taking part in any sporting activities, be it athletic or football, Nigerians momentarily forget their differences and come together to support their team until after the game when we go back to our different ways,” he stated.

Prince Abiodun, who described the State as, the “home of Sports”, said it has produced eminent sportsmen and women, who had made the State and Country proud, saying that a Sports Commission would be created to take sports to greater heights.

He stressed the need for the youth to be encouraged to take part in sporting activities, as a means of livelihood, saying it would help them to be more disciplined and shun social vices.

“When youths are encouraged to take part in sporting activities, it will help them to be more disciplined and take them off social vices. It will also help improve their academic performance,” he said.

While thanking the organisers for choosing the State for the event, the State helmsman opined that it would afford the State an opportunity to showcase its sporting and business potentials to the outside world as well as its hospitality and cultural heritage.

Speaking earlier, Mr. Bukola Olopade said the State is the first to host such a race in Nigeria, as he thanked the State government for putting machinery in place for the success of the event.

Also speaking, the President, International Association of Ultrarunners, Mr. Nadeem Khan, acknowledged Nigerians’ enthusiasm and love for sports, saying that the Abeokuta event was the biggest marathon race to be staged in Africa.

The President, Athletics Federation of Nigeria, Alhaji Ibrahim Gusau, lauded the State for accepting to host the marathon, saying that sports promote healthy living and are a source of income to the professionals.

An Olympian, Mrs. Falilat Ogunkoya, said the State was blessed with renowned sportsmen and women, while appreciating the government for taking steps to revive sports in the State.