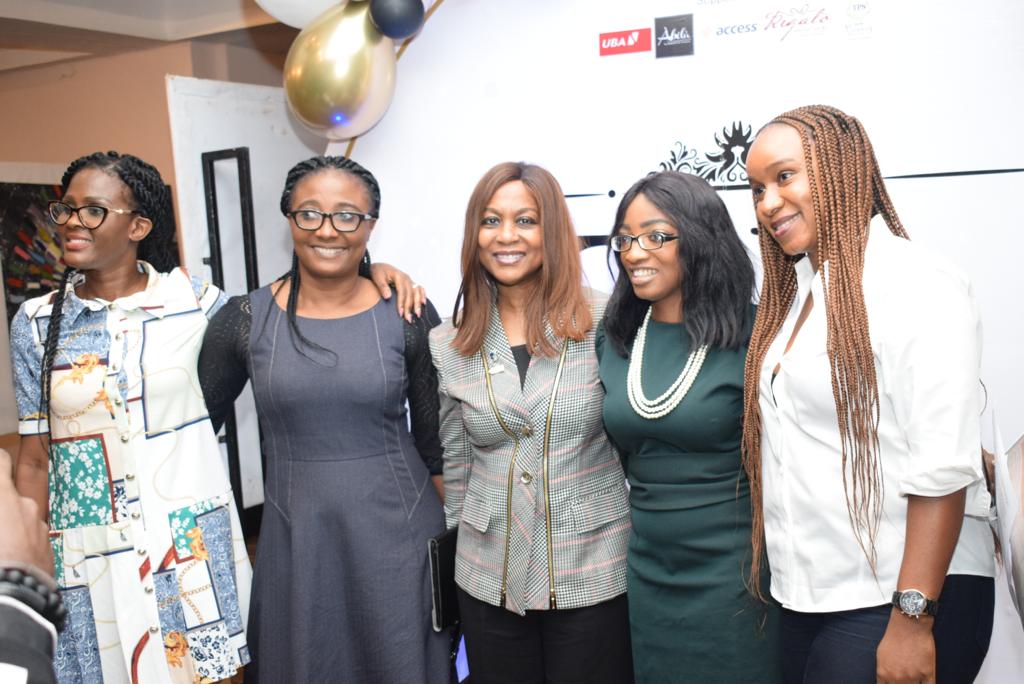 The Luxury Reporter Magazine celebrates its fifth anniversary with a well-attended event by experts in the luxury sector held at The Wheatbaker Hotel, Ikoyi, Lagos on Thursday.
The exclusive event afforded attendees a glimpse into the activities of the magazine since it was founded on May 24th, 2014.
Speaking at the event, Mrs Funke Osae-Brown, founder/publisher of The Luxury Reporter said the idea for the magazine came to her at a point in her career when she knew she wanted to embark on a new adventure.
According to her, the magazine kicked off five years ago with a website, www.luxuryreporter.comg.ng before it began its print edition three years later.
“We ran the website for more than a year. Before we migrated to www.luxuryreporter.ng. We later introduced the digital edition of the magazine which we did for two full years with 24 digital editions. Along the line, we identified a market for print. Hotels, private jets operators, airlines, automobile companies, retail stores need print editions for their clients. In January 2018, we announced our first print edition which had on the cover emerging brands and a buyer, Abela, TPS Luxury, Pere Lei, Okiki Marinho, Scentify, and Ndidi Obioha,” she said.
Besides, she explained that The print edition paved the way for our exclusive partnership with PrivateJets Nigeria as advertisers in The Luxury Reporter print edition will have 30 seconds clips of their advert placed in the in-flight entertainment screen of all the aircraft of PrivateJets.
“Our vision is to report on the African Luxury by projecting Nigerian brands.  We are constantly in search of indigenous luxury brands that will compete with international brands.  We believe this will contribute to the economic growth of Africa. At TLR, we don’t just want Nigeria to be a consumer of luxury but also the manufacturer of luxury products that can compete with their counterparts not just on the continent but globally,” she explained.
She also said the magazine has been deliberate in its approach to reporting on luxury lifestyle by featuring top players in the industry some of whom are quiet players in the local luxury sector. “We have been reporting on emerging luxury brands on the continent. Also, we hope to bridge the divide between African Luxury brands and their counterparts abroad. In a bid to kickstart this, we attended the 2019 edition of the Baselworld in Switzerland where we interacted with CEOs of renowned luxury brands in the watch and jewellery sector. We also had exclusive interviews with some new brands and some other major players. Some of them are in the latest edition of the magazine that will be unveiled here today.”
To commemorate the fifth anniversary Mrs Modupe Ogunlesi, CEO, Adam and Eve Homeware delivered a keynote address titled: Luxury Retail In Nigeria: The Opportunities, Challenges and Policy Options.  She observed that in the luxury sector, an understanding of what one sells, the psyche of the expected consumers are very basic ingredients for success. While defining luxury across different stages, she said:
“An experience that puts you in a bubble of euphoria, boosting your feeling of wellbeing.  Incidentally, Luxury as an experience is the fastest growing concept of luxury at the moment worldwide.  In Nigeria, we are a mix of all four definitions of Luxury.”
Furthermore, Ogunlesi’s keynote address was followed by a panel discussion where issues affecting the growth and development of the Nigerian luxury sector were discussed.
Speaking on the panel, Mrs, Ini Abimbola, CEO, Thistle Praxis said lack of data is impeding the growth of the luxury sector. “As someone who works with data, I found out that there is no available date on the local luxury sector, which makes it impossible to track the growth properly. Most of the HNIs we have in Nigeria prefer to shop abroad. Therefore, I discovered that Europe and America have data on the number of Africans who shop there and how much they spend. HNIs usually won’t shop locally, which makes it impossible to have accurate data on what they spend on and how much they spend.”
Mr Omotade Lepe, Chief Operating Officer, PrivateJets Nigeria, explained that it had become the norm in Nigeria that when there is a change of government spending power of some HNIs drop.
“Change of government does not affect the market in the most country as it does in Nigeria, which is the uniqueness of Nigeria,” he said.
On her part, Funmi Onajide decried the lack of proper shopping malls for luxury retail stores. She argued that the current infrastructure of Nigeria has does not support luxury retail. “You can’t have a 5-star hotel without a 5-Star infrastructure. The kind of infrastructure available in Europe is not here in Nigeria, and if you want to create that kind of infrastructure you will have to pay a lot to get that,” she said.
As an expert in the Automobile Sector, the Group General Manager, Marketing & Corporate Communications, Coscharis, Abiona Babarinde said: “for us, automobile is about lifestyle to complement your successful life to give people experience they deserve because average Nigerians is a car freak, that you want to drive a good car you have a bad road and are insecure.”
At the event, the latest edition of The Luxury Reporter Magazine was unveiled just as the panel discussion signalled the commencement of TLR annual International Luxury Conference

Sanwo-Olu at 54: Celebrating A Man On Mission For A Greater Lagos