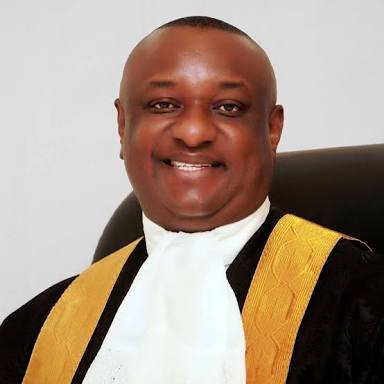 One of the major problems the Nigerian nation is facing is the PhD syndrome. In Nigeria, everybody is a PhD holder. By this, I mean Pull Him Down syndrome, once you have access to a dilapidated computer and you’re able to manage its keyboard, then the coast is clear to indulge in self gratification by yelling some nonsense down a hole. Like they say, Nonsense is so good, only, because common sense is so limited.

It is the twilight of another democratic assembly and again, as expected, errand boys, employed by political opponents have began the usual mudslinging games. Some attention seeking political jobbers, in a bid to impress their paymasters have started throwing gauntlets, looking for victims where there are none, just to steer the body polity-a case of kettle calling pot black.

A typical example is a fictitious article making the rounds where a self-harm writer of an article titled, ‘Keyamo’s Reward’ spuriously conjured his deliberative polling on one of Nigeria’s gifted young men with exceptional intellectual ability, Barrister Festus Keyamo, SAN.

The sad thing is, the problems of this generation are its dramatic personae. We don’t ever see anything good in ourselves. The writer, though gave credence to the brilliance and intellectual capacity of the legal luminary, Festus Keyamo, like all hatchet men, he didn’t forget the primary briefs from his sponsors- to weigh-in, undermine and subvert the sterling and exemplary career status the young man, Festus Keyamo has laboured to build over the years.

Maybe he should be reminded that excellence is never an accident. It is always the result of high intention, sincere effort, and intelligent execution; it represents the wise choice of many alternatives – choice, not chance, determines your destiny.

Those who have followed the footsteps and career mastery of the youngman will not be surprised the way he has emerged so far. He, is a product of dedication, doggedness and gradual result of always striving to be better, in actual fact, excellence, to Keyamo, is not a skill, it is an attitude. His likes are rarely found and more rarely valued.

The writer did not forget how he has nurtured a blossoming career from that super genius youngman who hails from a humble background and how he was able to walk tall amongst scores of brilliant legal team at the late Gani Fawehinmi’s chambers to earn himself the ‘Gani Boy’. If the dead do look back for real, the late legal icon, Chief Fawehinmi will be proud of what he has become at the moment and if it’s that easy, the mischievous writer too should have been able to step into the shoes of the famous Nobel laureate, Prof. Wole Shoyinka but obviously, wicked and envious people never see anything good in greatness for envy is pain at the good fortune of others.

He who is best prepared can best serve his moment of inspiration, the youngman has prepared himself for this job long ago right from his civil rights activism days to his relentless battle at the legal field.

His sins must have been his willingness to accept to serve his fatherland and they’ve forgotten that, the worst disservice to any nation is the act of winking in the dark. We now live in a world where politics has replaced philosophy, there’s no way you can make a difference if you continue to bark from behind.

Leadership is the ability to have a compelling vision, a comprehensive plan, relentless implementation, and talented people working together. It is however, not by chance that the C-in-C, President Mohammadu Buhari had had the vision to choose someone whose cerebral influence, oratory prowess and over bearing personality was able to break the enemy’s camp without fighting during the last presidential election.

There’s no doubting the fact that, guided missiles from misguided men are expected at this point in time, from those cowards who now play victims to circumstances they created.

TRIBUTE TO THE POLICE OFFICERS KILLED BY SOLDIERS IN TARABA STATE ON 6TH AUGUST, 2019

How I started with Selling Pepe and Vegetables on the street. Edo Businessman and Philanthropist, Joseph Osawaru.