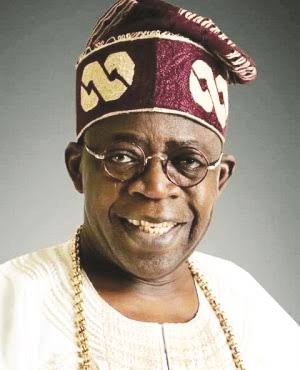 The Akarigbo and Paramount Ruler of Remoland, Oba Babatunde Ajayi, has declared that the presidential ambition of the National Leader of the All Progressives Congress (APC) Asiwaju Bola Tinubu, is a collective project that must be supported not only by Remoland, but the entire southwest.

Oba Ajayi who gave this declaration on Sunday, when the leadership and members of the Southwest Agenda 23 paid him a courtesy visit at his palace.

He pledged his support for the group and offered prayers for the success of Tinubu’s presidential aspiration in 2023.

According to him, the entire Remoland will key into the project of ensuring a true and patriotic Nigerian in the calibre of Tinubu to succeed Buhari in 2023.

Speaking earlier, former Minister of State for Works and Chairman of SWAGA 23, Senator Dayo Adeyeye, said the political support group was in the Akarigbo’s Palace to seek his royal blessing towards the official inauguration of the group in Ogun, noted that Tinubu.

He noted Tinubu remained the best shot from the south for presidency come 2023.

Accompanied on the visit by Senators Gbenga Obadara, Soji Akanbi, former Commissioner for Information in Oyo State, Bosun Oladele, secretary of the group, the immediate past Speaker of the Ogun State House of Assembly, Suraj Adekunbi, former House of Reps member from Ogun state, Ishiaq Abiodun Akinlade and host of other APC stalwarts across the southwest states, Adeyeye explained the group was formed to garner support for Tinubu’s presidential ambition, not only in the southwest but throughout the country.

According to him, if the ruling All Progressives Congress (APC) would follow agreement and zone presidency to the south in 2023, the APC national leader should be put forward and supported by the southeast and south-south.

“Tinubu is a good product that doesn’t need any advertisement and he has contributed greatly to the growth and development of the nation. He is consummate democrat and progressive.

“He has done a lot for Nigerians irrespective of religion and tribe. He has built bridges across the country.

“We gathered together to start campaigning for him. If we can hold our house together, we will have the presidency back in the southwest, Adeyeye stated.

He said the group which had earlier been inaugurated in Oyo and Osun states, will be launched in Ogun on Tuesday, adding ” SWAGA 23 will also be inuagurated in Kogi and Akwa Ibom states soon”.

Receiving the SWAGA 23 team at Asoludero Court, Sagamu residence, former Ogun state governor, Gbenga Daniel noted that for the southwest to move forward as one, there should be unity of purpose.

He noted that the group has reignited the political strength and unity across the southwest.

The former governor, however, advised the SWAGA 23 not to lose focus and mobilise support beyond the southwest, charging the group to collaborate with similar groups in order to actualise its ambition.

Daniel, further urged the group to be strategic in propagating Tinubu, who according to him has the capacity to lead Nigeria.