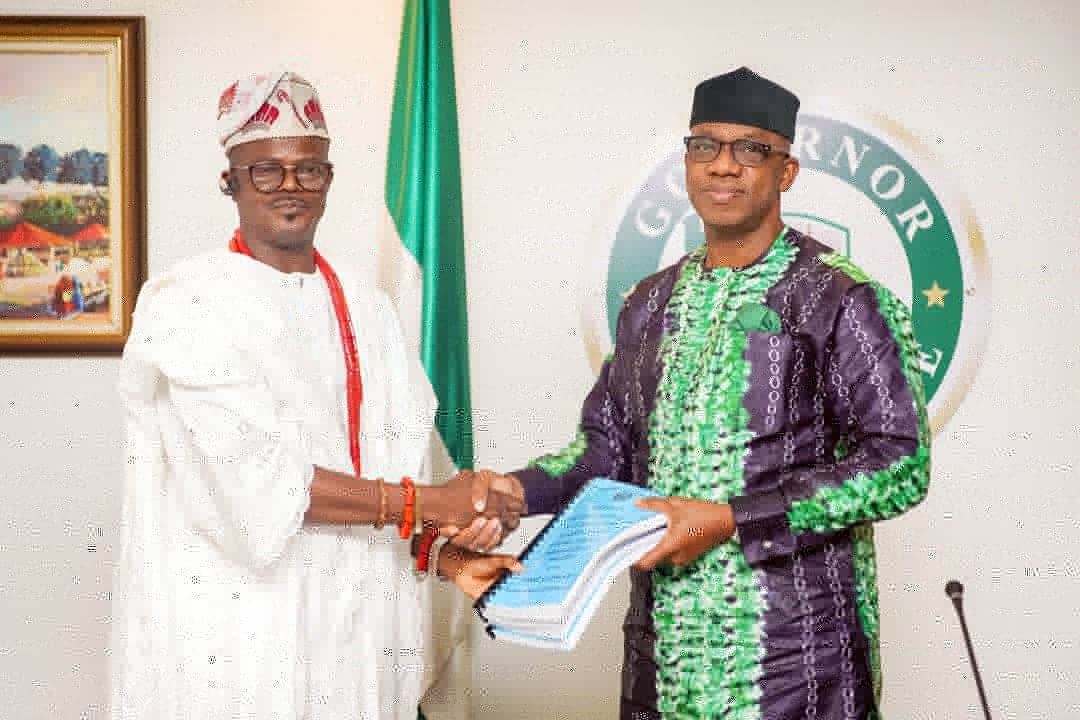 Traditional rulers in Ogun State have been tasked to ensure peace and security to guarantee the safety of lives and property of people in their respective domains.

The State Governor Prince Dapo Abiodun, who gave the task while receiving the report of the Chieftaincy Review Committee set up by government to look into issues, said as natural rulers, they were closer to the people and know the going on in their areas.

“We know what yours roles are in the society, you are not politicians. You know those in yours domains. Please ensure peace and security on your domains”, Governor Abiodun pleaded.

He disclosed that the Chieftaincy issue was becoming a security challenge that threatened peace in the State, saying that he was confidence that the Committee has done its best in finding solutions to the lingering issue.

The Governor commended the Committee for working assidously towards arriving at a workable recommendations, assuring that government would study, review and come up with appropriate decision that would help reposition the traditional institution.

Prince Abiodun noted that the State government with the help of the Federal government, in recent times, has been able to contain insecurity, particularly kidnapping, saying that traditional institution would be involve in the State Security Trust Fund schedule for relaunch very soon.

Speaking, the Chairman of the Committee and the Olu of Ilaro, Oba Kehinde Olugbenle, regretted that the prestige of the traditional institution has over years nosedive as it has loose respect due to political interference.

“It is absurd to see traditional rulers in political robes. As natural rulers, they are to see all the people as their children, irrespective of political affiliations”, he said.

He called on politicians to be wary of how they treat traditional rulers as their involvement in traditional matters was gradually weakening the institution and rendering it useless.

He chided the immediate past administration for upgrading Baales to Obas without following due process, saying that the committee has recommended that they be reverse back to Baales and proper procedures be followed if they are to be upgraded.

” Baales are minor Chiefs. Their upgrade should be recommended by the first class oba who appoint them in the first place. Some coronents Obas were upgraded without their knowledge and we have recommended that they remain Baales. If they are to be upgraded, the requirements should be followed”, Oba Olugbenle concluded.