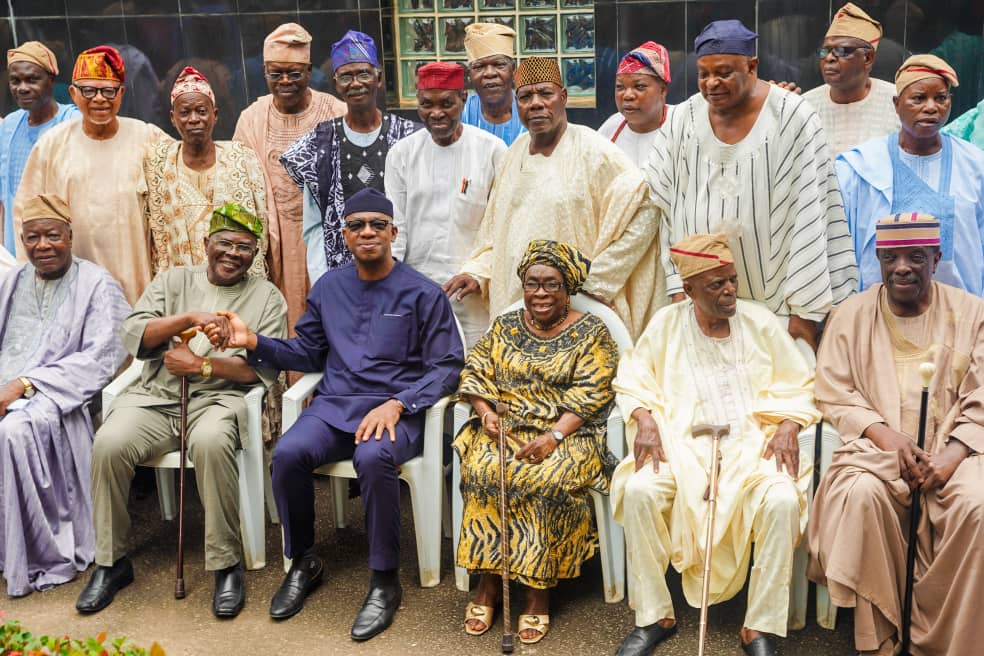 Members of the Ogun State Elders Consultative Forum have applauded the State government for setting up Committees to look into various issues affecting the State.

The Coordinator of the Forum, Chief Taiwo Alimi, who gave the commendation when the Forum paid a courtesy call on the state Governor, Prince Dapo Abiodun in his office at the Oke-Mosan, Abeokuta, said the Committees were necessary to know the problems on the ground with a view to finding solutions to them, as “something cannot be build on nothing”.

He expressed the hope that the Committees would carry out their assignments deligently and be objective as possible in order to give a workable recommendations to the government.

Speaking on behalf of the Chairman of the Forum, Justice Bola Ajibola, Olori Yetunde Gbadebo, said the 135 member Forum is made up of prominent Elders who have made their mark in the service of Ogun State and Nigeria as a whole.

She said members of the Forum have dedicated themselves to the service of the State and have carried out some work in the past which they believe would help the present administration achieve its set goals.

Also speaking, a member of the Forum, Prof. Biyi Afonja, urged the Governor to be equitable in the distribution of infrastructure and social amenities to all parts of the State to enable the people feel a sense of belonging.

Responding, the State Governor, Prince Dapo Abiodun said he would tap from the experience of elder statemen and women in running the affairs of Ogun State.
Prince Abiodun noted that the State was lucky to have such an array of successful elders who have distinguished themselves and done the State proud in their various fields of human endeavours.

He said as a result of their commitment, sacrifice and resourcefulness, other states have become envious of the state, just as their dedication, industry and intergrity as made the State first among equal.

“It is unwise to do away with the wise counsel and wisdom of the elders. We will tap from our referred elders to reposition our economy, education, education and other sectors to the benefit of our people”. Governor Abiodun said.

He reteirated that his administration would focus on good governance by being fair, accountable, equitable and trustworthy to earn the confidence of Investors and people to invest and reside in the State.

While reeling out policies and programmes of his government, the Governor said efforts would be geared towards revamping the economy, education, agriculture, infrastructure and health, adding that the digitisation of the State and youth employment would also receive a boost.

He pledged to be open to the Forum’s suggestions and contributions that would add value to the well-being of the people, assuring the elders of his support and regards at all times.