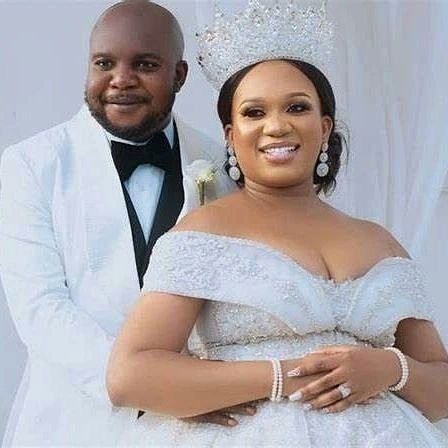 Steve Thompson, the estranged husband of Sandra Iheuwa, one of Ubi Franklin’s baby mamas, has revealed why his marriage to Sandra ended after just 5 months, IgbereTV reports.

Steve said he wasted 45 million Naira to marry Sandra only to discover that Sandra “married for social media, not for the home.”

He added that she fights everyone, including his family members and constantly reminds him that she’s an American and tells him that he married her to get “Green card”.

He said his marriage can no longer work because of Sandra’s “too much use of social media.”

He also said that no man can marry her.

He added that she threatened that she knows bloggers and will tarnish his image on blogs if he ends things.

He also alleged that “she leaves the whole place dirty”.

This is Steve Thompson’s second marriage to crash and he has revealed that he will now focus on his business.

Sandra is heavily pregnant with the couple’s first child. She also has other kids with other men, including a daughter she shares with Ubi Franklin.

I have to make a statement and this will be the first and the last ,
My marriage with Sandra can not work again because of her too much use of Social Media , She doesn’t care about the home , She is bragging how she has cooked 3

Truth is , I will not let anyone tarnish my good image , i married a wrong woman that knows how to fight , She is fighting everyone, She even lied that I gave her std, i have been my own for 4 YEARS 00000, NOW JUST 5 MONTHS WAHALA WANT TO KILL MESS eeeee
SHE SAID SHE DEALT WITH HER EX VIA BLOG , THAT SHE WILL DEAL WITH ME TO0041414,

I moved her things my self immediately she left for the village, her stuff is at my Sister’s place in Phase 1, SHE DID NOT MOVE OUT, I MOVED HER BEFORE HER WAHALA KILLS ME AND TOLD THE ESTATE GATE NOT TO LET HER IN
Enjoy your Sunday ®eeeee View all 467 comments iam_nekkyb But u told us u have found love? bitcoin_chief This was too sudden

This is my Second marriage , right now I will focus on business