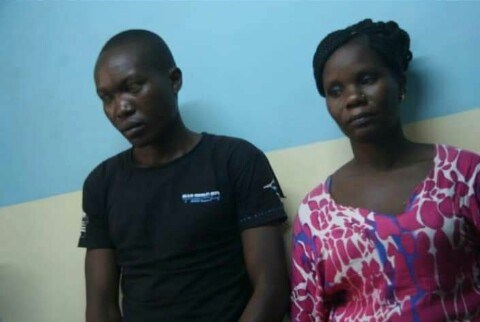 A man and his woman in Meru were arrested and charged for noisy sex.

According to a court hearing, three people, 24-year-old Chacha Mwiti and 31-year-old Joan Makokha were having the loud sex claiming they were stuck while Magoola Twaha, a 27-year-old Ugandan man who posed as a witch doctor,pretended to be helping them out.

The saga attracted hundreds of residents and police were forced to shoot in the air to disperse the crowd eager to view the trio staged the stunt.

Cynthia told the court she was in her usual business when she and Chacha agreed on Sh 1,000 for sex but gave her only Sh 400.

‘Easter is the most important feast in Christian calendar’ – Buhari