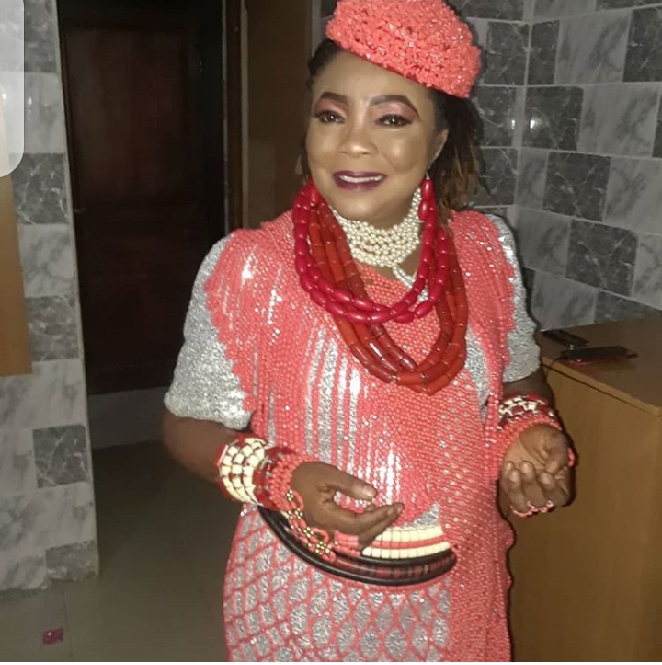 This is not the best of times for veteran actress,Salome Eketunde as she just lost her mother , Ruth Bamidele Ikuenogban.

In a chat with us, the popular actress who is married to fellow actor, Femi Bright admitted she is yet to recover from the shock of the demise of her mother after losing her father same month six years ago.

In tears, she claimed that after her hubby, her mother is the next confidant she has but sadly she is no more .

“ Although she passed on at age 94, I felt like a part of me was gone because she was more than a mother to me”.

Speaking further, she revealed to us exclusively that the final burial ceremony of her late mother would be held on 13th, December , 2019 at Onos Event center in Lagos.

It would be recalled that Veteran actress, Salome Eketunde, who is popularly known as “Fijabi” started her journey into the movie industry over 3 decades ago as a dancer, musician and costumier. Later she discovered her talents in acting and joined the movie industry. Her role in the movie “Fijabi” shot her to the limelight.

She featured both in English and Yoruba movies and soap operas and her lead role in the popular soap Civilian Barracks proved that she is indeed a raw talent and her actor Hubby, Femi Bright has always been supportive to her thriving career.

Why Court Throws Out Busola Dakolo’s Case Against Pastor Fatoyinbo