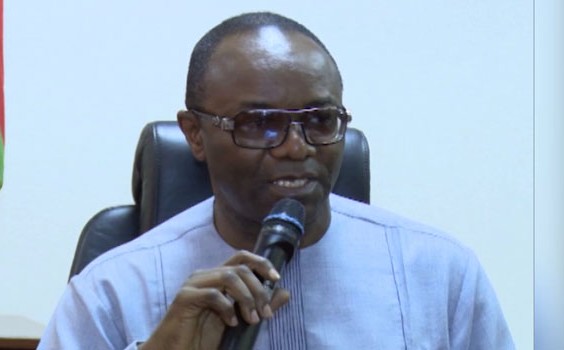 Nigerian oil workers have vowed to continue their strike embarked upon Wednesday until they receive clarifications regarding Tuesday’s unbundling of the Nigerian National Petroleum Corporation, NNPC.

The Minister of State for Petroleum Resources, Ibe Kachikwu, had announced President Muhammadu Buhari’s approval of the immediate restructuring of the NNPC into seven independent operational divisions.

Each of the divisions is to be headed by a chief executive officer who would report to the Group Managing Director.

But the workers, who criticise the minister’s handling of the exercise, accuse him of a secret agenda by taking a “unilateral and arbitrary decision” without consulting with all interested parties.

Although the protest recorded partial compliance on Tuesday, it was total shutdown at all NNPC offices and locations across the country at the resumption of work on Wednesday, as the workers’ unions halted all normal operations.

The Acting General Secretary of PENGASSAN, Lumumba Okugbawa, told PREMIUM TIMES on phone on Wednesday in Abuja that the workers would not call off the protest until the minister agrees to invite the workers to discuss with him what the restructuring was all about.

“With such a massive decision-making, a lot of things would be affected, particularly its implication on workers interest. We are unaware of what is happening. It is not fair that the workers are hearing about the restructuring in the media just like every other person. He is just creating unnecessary confusion in the polity.”

Mr. Okugbawa said the minister could not restructure the NNPC when he was yet to take necessary legal steps to facilitate the process.

“If the minister says he wants to restructure NNPC, has he repealed or amended the NNPC Act of 1977? What happens to the PIB (Petroleum Industry Bill), which has NNPC restructuring as one of its key objectives? Has it been jettisoned, or is there a new PIB? These are fundamental questions that the minister has to answer,” the oil workers spokesperson said.

He frowned at the “secretive manner” the minister was going about the restructuring of NNPC, saying throughout the period, every attempt to sit down with him to discuss how the exercise would affect the interest of the oil workers were rebuffed, as he made himself inaccessible.

Although the protest is limited to NNPC offices and locations nationwide, Mr. Okugbawa said normal business would remain closed until further notice.

Regardless, Mr. Kachikwu had explained on Tuesday that the oil workers had nothing to fear as the exercise has a “zero sum in terms of job loss”.

“The principle of restructuring approved by the president is that nobody losses work,” he said. “I do not have the mandate of the president to create a job loss situation, but to try to ensure that everyone gets busy, unless for reasons of bad staff performance and fraud. There is no mass attempt to let people go.”

HILARIOUS PHOTO OF THE DAY : SINGLES ONLY!!!!!!