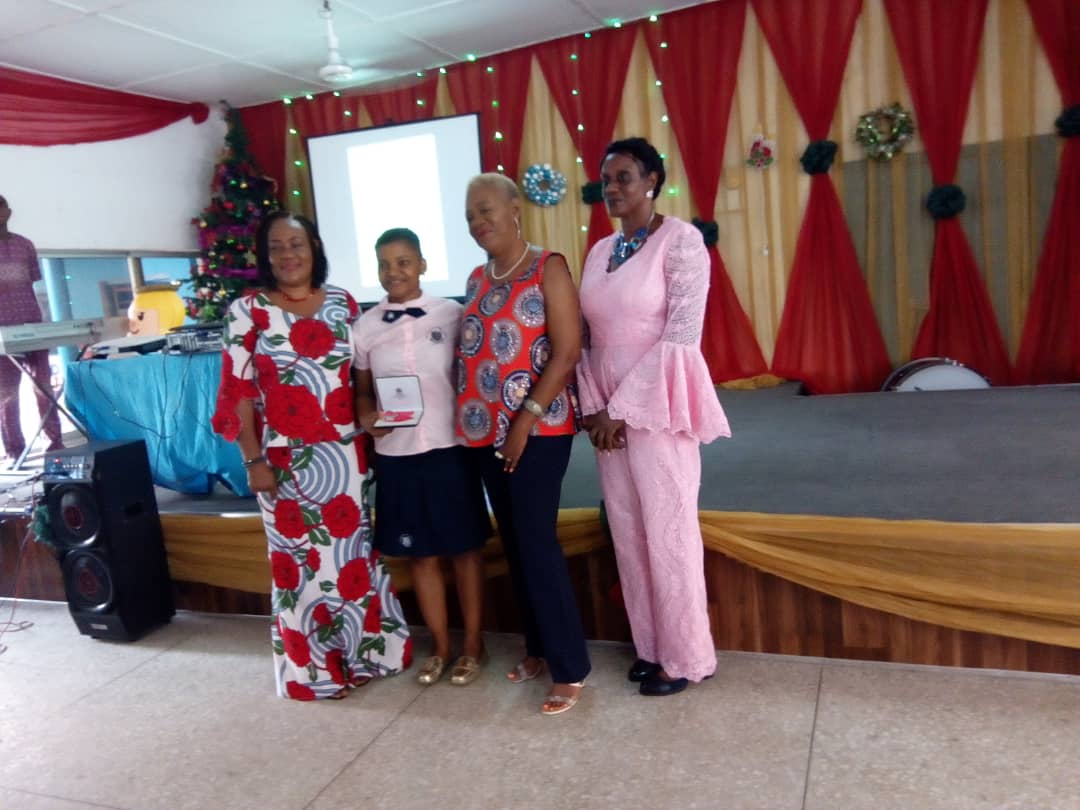 It was all joy today at the school hall of yewande Memorial School, James Robertson road, Surulere, Lagos, As the management of the institution converge to honour one of her old students Olasubomi Iginla Aina who was recently confered with the prestigious member of the order of the British Empire (MBE) by the Queen of England.

The former student of the school Aina who was born in January 17,1978 passed out from Yewande Memorial School in 1991,before proceeding to the Anglican Girls Grammar school for her secondary education.

She later gain admission to the Obafemi Awolowo university where she bagged her first degree and founded the Organization for Youths and Women Affairs (OYWA) later metamorphosed to become light up foundation.

She was once the student union government president of the Obafemi Awolowo university a position that led her becoming the youngest focal person for the National Women’s peace group which was inaugurated by former Nigeria president Olusegun Obasanjo.

Aina was once celebrated as a “Good Samaritan “on the BBC when she was caught on camera shopping for elderly people in her local area (new Addington) in 2010.

The human right crusader now being celebrated all over the world, created the Bay of Hope (BOH) which is now a rallying point for activities raising awareness of the United Nations (UN) Rights of the child.

On January 8,2018 she started a nursery and primary school which is now running where the less privilege ones now have access to education for free, it is situated at Ikhare Island settlement in Lagos State.

She is using the light up foundation platform even the project is solely funded by her.

According to her the goal of the foundation is to work in at least three major prison in Nigeria to rescue children whose age ranges between 12 to18 years and empower them as well as reunite them to their families.

She explained that all her exploit there is nothing she can do that will not be linked to charity”i exhitied leadership when I was in secondary school this made me to become the Head girl”,.she recalled.

While speaking to the pupils of Yewande Memorial School, she advice every student and pupils as well as the audience not to give up hope in life because it is not over until is over. “everything about me come from God I consider myself to have been enjoying sanity from God which made it possible to be celebrating here today at Yewande”.

Also speaking one of the Director of Yewande Memorial School Mrs Iyabo Smith described Aina as a wonderful lady and an aluminus of the school who have done very well in her endeavor ,received a big honour from the British monarch and Prime Minister of Britain then come back home to celebrate with the school and also motivate the pupils of the school through motivational talk based on her experiences across the globe.

Another Director of the school Architect Abimbola Ajayi said the coming home to the school by Mrs Aina to celebrate the honour was very encouraging because the honour from the British authorities is not just a national one but a global honour which have done the school to be proud of one of theirs.

Mrs Abimbola advice parents not to look at any child with levity because every child has something special in him or her that will them rise globally.