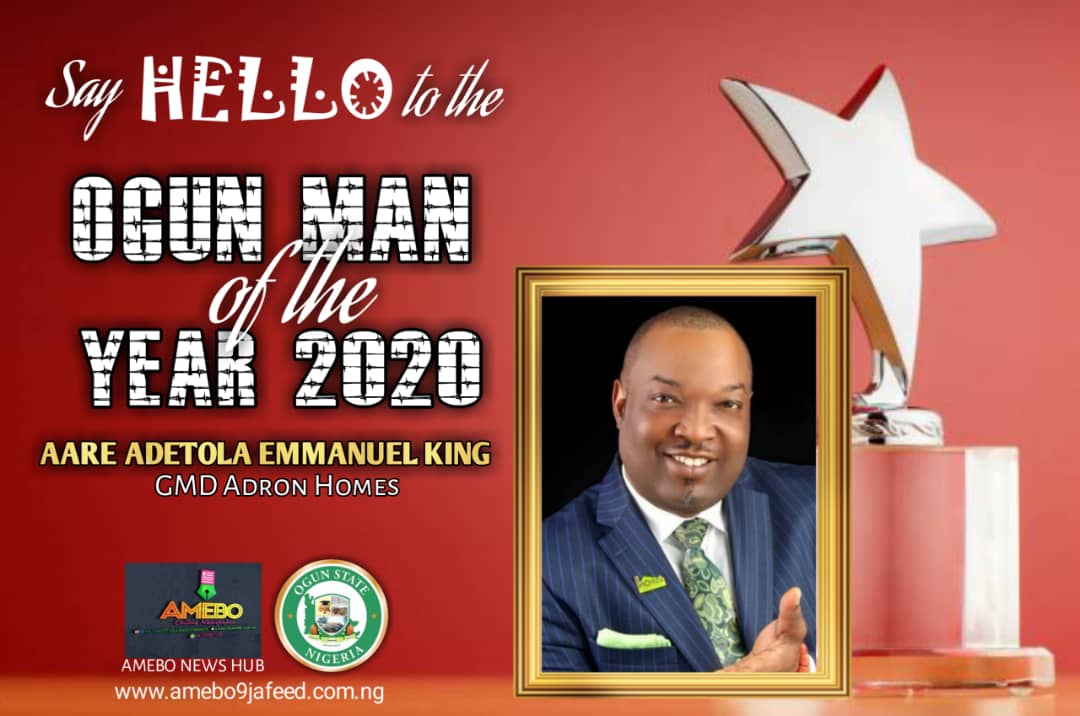 The Group Managing Director and Chief Executive Officer of Adron Homes, Aare Adetola EmmanuelKing has emerged winner of the 2020 Ogun Man of the Year (AMEBO NEWS HUB) award. He won the contest by polling 8,131 votes of the 14,161 valid votes cast, representing 65.85 per cent, a feat said to be unprecedented in the history of award.

While expressing his gratitude to Almighty God, Aare Adetola EmmanuelKing dedicated the award to God, Ogun State residents and his supporters, saying: “We are all winners together.”

The 2020 award is the 1st edition, as it started in 2020. The outcome of this year’s edition is unprecedented.

The award is organized by Amebo Newspaper NG, with its main objective to reward and promote excellence in Ogun State.

Many people interviewed since the release of the result confirmed that this year’s winner, Aare Adetola EmmanuelKing, was deserving of the award.

They described him as a man of the people, who “loves and respects all persons irrespective of social status, religion, age, ethnic, gender, and other attributes.”