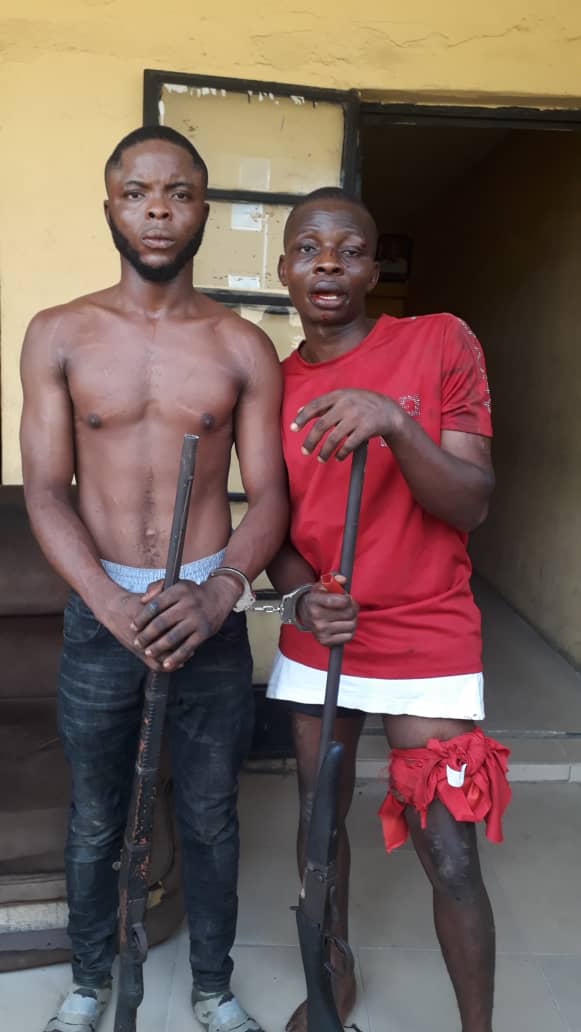 The public relations officer, DSP Bala Elkana, disclosed this in press release that the Command’s Tactical teams led by the Officer in Charge of Anti Kidnapping Unit, SP Bulus R Musa, said that two members of the kidnapping gang that abducted the Director of Lagos State Fire Service, Rasaki Musibau and six others on 6/4/2019 at about 8.pm were arrested.

The suspect, Blessing Bayo ‘m’ 29yrs and Smart Alfred ‘m’ 32yrs all of Arogbo, Ondo State were arrested on 10/4/19 at about 0530 hrs, at Ibafun along Ikorodu- Ijebu Ode Express Way, a boundary community with Ogun State and they all confessed involved of the abduction.

Following item were recovered from them two single barrel guns . Investigation is ongoing, to arrest other fleeing members of the gang.

Father, son remanded in Kirikiri prison over rape of minor