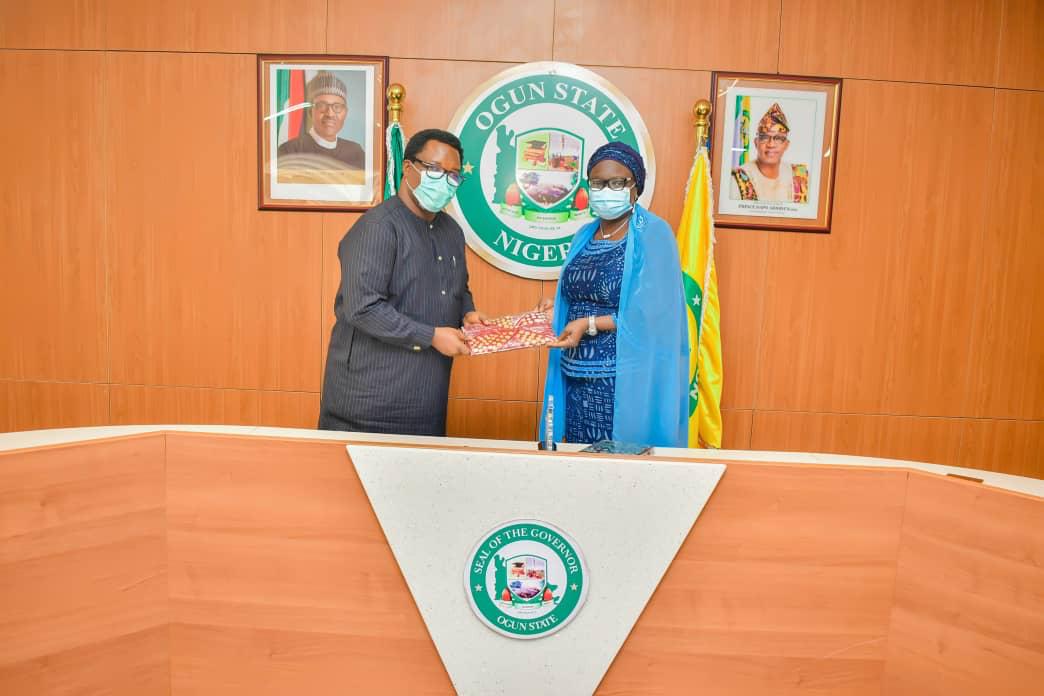 The Ogun State Government has said that it would expand the industrial base of Abeokuta, the State Capital by setting up industrial clusters around the new Lagos-Ibadan Railway Line which passes through the City, while soliciting the support of the Niger Delta Power Holding Company, NDPHC to make power available to the affected areas.

The State Governor, Prince Dapo Abiodun made this known when he received the management of the NDPHC, who paid him a visit in his Oke-Mosan Office, Abeokuta.

Represented by his Deputy, Engr. Noimot Salako Oyedele, Prince Abiodun noted that the need to have adequate power to serve industries in the State had led to the setting up of an Energy Board with the mandate to identify challenges and proffer solutions to issues relating to unavailability of power for industrial use.

The Governor said that his Administration, while looking at ways of attracting more businesses and industries to the State, has also embarked on an energy audit, with the view to preparing an environment that would be devoid of epileptic power supply for industries that see the State as a preferred destination.

“You also know that the new Lagos-Ibadan Rail passes through Abeokuta and part of the plan of this Government is to try and build an Industrial Cluster along that line to make sure that we take advantage of it (the line). Without doubt, these are going to be areas where we will be needing power. We will work with you and our team to achieve this objective,” he said.

In his response, the MD/CEO, NDPHC, Mr. Chiedu Ugbo said the visit of the team was to ensure that the output from the 750 Megawatt Power Plant in the State was offtaken, for the benefit of Nigerians, adding that the company also has plans to reach out to consumers directly through the “end-to-end strategy.”

Ugbo also informed the Governor that the 750 Megawatt Power Plant at Olorunsogo was operational and currently undergoing routine maintenance, as required by the original equipment manufacturer, adding that his team would continue to work with all relevant stakeholders, to get stranded electricity out of the power plant for the benefit of the people.

Earlier, the Secretary to the State Government, Mr. Tokunbo Talabi, while acknowledging the power company for its stride in the energy sector, urged the management to find a way of getting power from the power plants, to their end users.