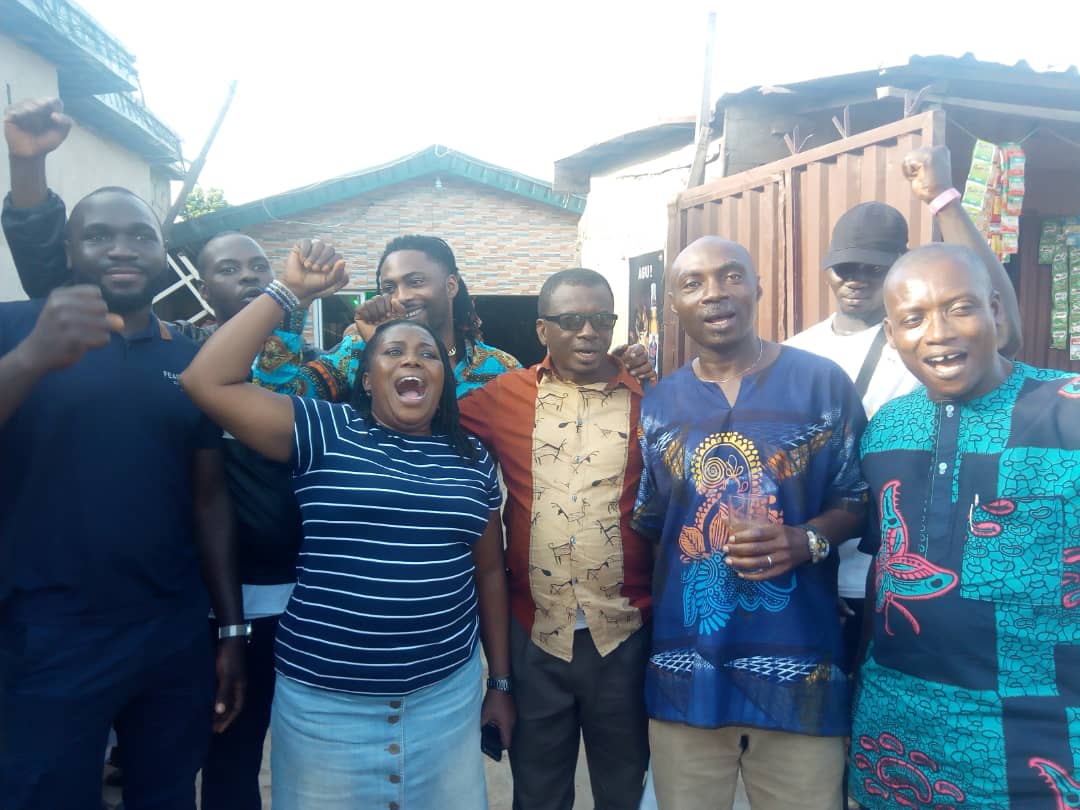 Declan made the call during his birthday ceremony held in Agege area of Lagos.

The activist who is among those that fought for the present democracy celebrated his 52nd year birthday and was surrounded by friends and well wishers.

In an interview with a cross section of the media he advised the youth to rise up and not allow the criminals in government to cripple the economy.

Declan,who was among those that fought for democracy in Nigeria said the security agencies must abide by the rules by respecting the citizens who pay the taxes which are use to pay their salaries.

He was reacting on the invasion of labour house at Western Avenue Surulere where policemen stormed the venue of the protest and arrested 18 activist and three reporters from different media who were part of the protest against the recent hike in fuel price and the increase electricity tariff.

As part of the Activist birthday ceremony, “a casket was born as mark of destroying corruption in Nigeria and also mark of curse for those who have been stealing Nigeria money.

Also speaking at the occasion Comrade Shina Loremikan ,coordinator Campaign Against Impunity in Nigeria, said ” president Buhari should draw the board to save the country beacuse it is unfortunate that Nigeria now borrow money from country like China to run the country.

He commended Comrade Declan for maintaining the tempo over the years in the fight for human right activism in the promotion of democracy in Nigeria.