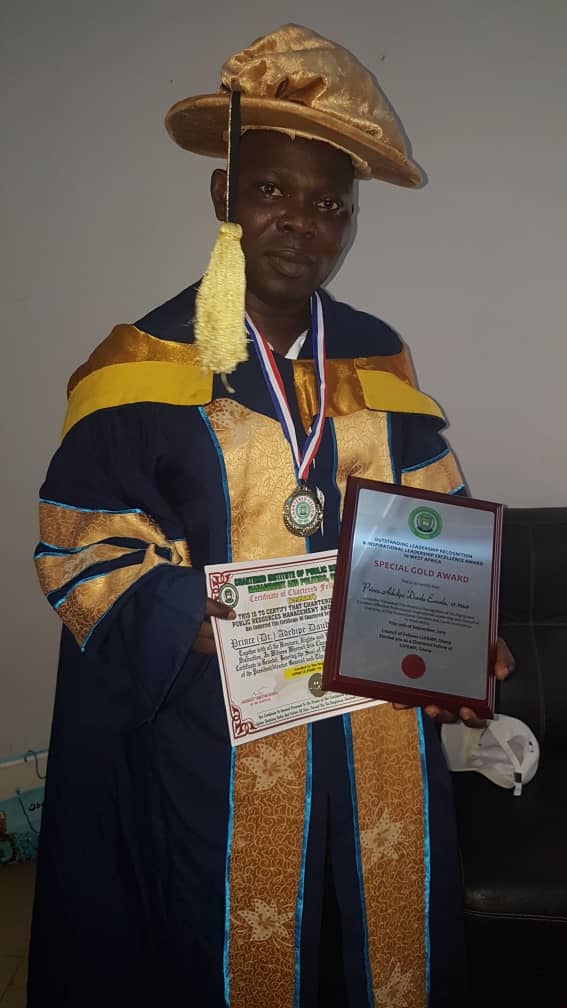 For his pursuit of excellence and commitment to uplifting humanity, particularly children, three laurels have come the way of Prince Adedipe Dauda Ewenla, chairman/CEO of Adedas and company Global Services Limited.
Prince Adedipe Dada Ewenla is a community leader and philanthropist widely known for championing child education through his foundation – Adedas Development Foundation.
He bagged the following awards:

3.Fellow in Institute of Professional Managers and Administrators of Nigeria (IPMA), we learnt.
An elated Ewenla told our correspondent that he knew sooner or later his selfless work for humanity would pay off.
“I have always believed in myself and whatever I do would be rewarded in time. So the three awards coming at this time, I am not suprised at all,” he enthused.
Addressing the gathering, the philanthropist promised not to relent in his efforts but would continue to assist the less privileged, explaining that Adedas Development Foundation was where youths were educated in various skills set and vocational studies to improve their lives once they graduate.

He also spoke on his challenges, describing the truncation of his political ambition recently as a development that had set him back severely in achieving his goals.
“The only regret I have is that the APC led government used the police in Lagos to truncate my political ambition.
“Bypass now i would have been a member of the Lagos State house of assembly. I was not allowed to campaign because i was framed up as being a sponsor of pipeline vandalization and was detained 37days for no reason.”