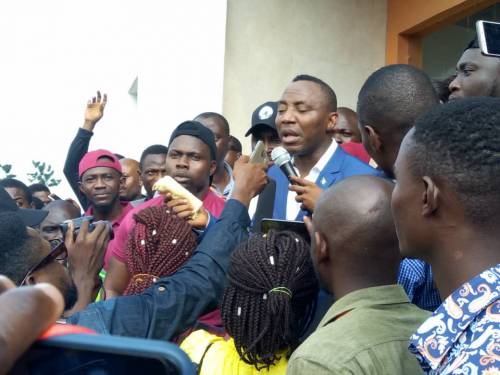 Afenifere views with great concern the 45-day detention without trial granted  the DSS by a Federal High Court on Omoyele Sowore over his call  for a protest on Monday.
The order represents a new phase in the orchestrated conscription of the democratic space in Nigeria.
We are aware of that obnoxious provision in the Terrorism Act,but it can never assume superiority over the Constitution which stipulates that a citizen cannot be detained for more than 48 hours before being charged to court .
Sowore was arrested before he could commit an offence and the DSS seems to want to go shopping  for evidence to prosecute him.
Having failed to allow him to commit the offense before he was premptorily arrested ,the DSS should free Sowore or charge him to court so the judicial process can take its course.
As it is ,he is only being held illegally using the legal process.Our advice to government is that it should understand and act in conformity with the democratic tenets in dealing with the rights of Nigerians.