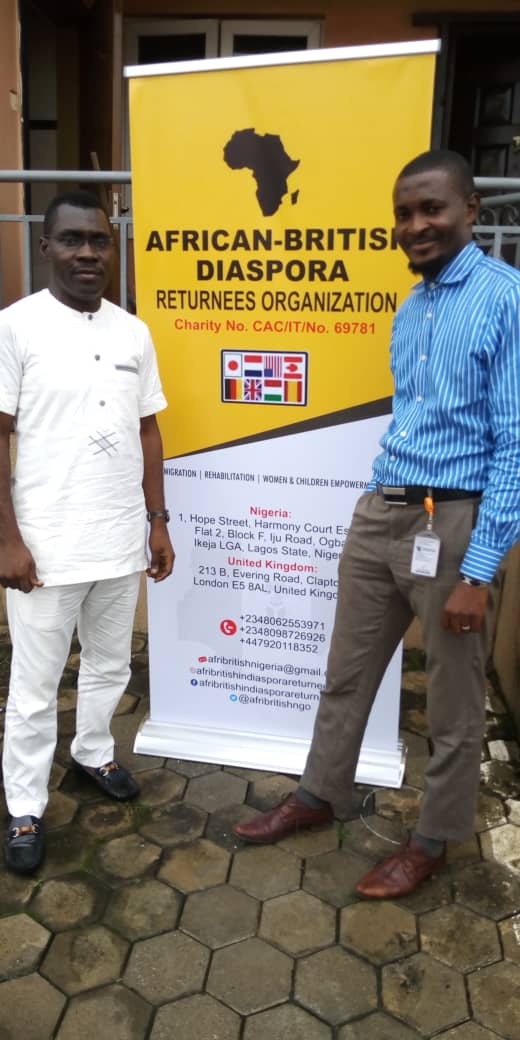 The African-British Diaspora Returnees Organisation with headquarters in UK, had a retreat in Lagos today to chart the course of the organization for futuristic prospects while fitting into global objectives of the UN sustainable development goals.

It was also a period to reflect on Nigeria at 59 and align with the agenda of the NGO towards making Nigeria a better place as well as for Nigerians in diaspora.

The northern version of the retreat is billed to hold later in the month.