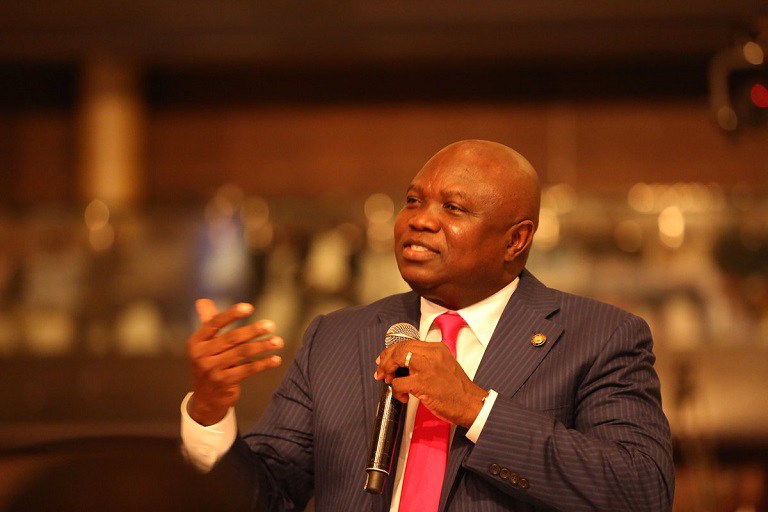 Lagos State Governor, Mr. Akinwunmi Ambode on Friday congratulated the candidate of the All Progressives Congress (APC) and the Governor-elect of Osun State, Mr Adegboyega Oyetola, for winning the keenly contested governorship election in the State.

Oyetola was declared as governor-elect by the Independent National Electoral Commission (INEC) at the end of Thursday’s supplementary election in seven wards, polling a total of 255,505 votes to defeat his closest rival and candidate of the Peoples Democratic Party (PDP), Senator Ademola Adeleke, who scored 255,023 votes.

Governor Ambode, in a statement signed by his Chief Press Secretary, Mr. Habib Aruna said it was a well deserved victory as the people of Osun had made a choice to vote for continuity and experience, which he said Oyetola represents.

He congratulated the All Progressives Congress (APC) for yet another victory, saying it was a confirmation that the people still have confidence in the programme and policies of the party not only in Osun but also across the country.

He also commended the people of Osun State for comporting themselves during the exercise, noting that despite the inconclusive election on September 22, voters defied the heavy downpour to come out en masse to exercise their franchise during the supplementary election.

“The election has been deservedly won. The good people of Osun have chosen quality continuity over uncertainty. I have no doubt in my mind that the Governor-elect will bring his wealth of experience to bear and continue with the good works of Ogbeni Rauf Aregbesola, call for unity and take Osun to greater heights,” Governor Ambode said.

He also urged those aggrieved with the result to channel their grievances to the appropriate quarters rather than resort to self help.

Related Topics:Gov ambode
Up Next

ASKING AMBODE TO STEP DOWN IS AGAINST DEMOCRACY- CAMPAIGN ORGANISATION …Gov’s Support Base Swells As Campaign Group Steps Up Mobilization …237 Councillors, 3900 Community Associations, Others Back Second Term Bid