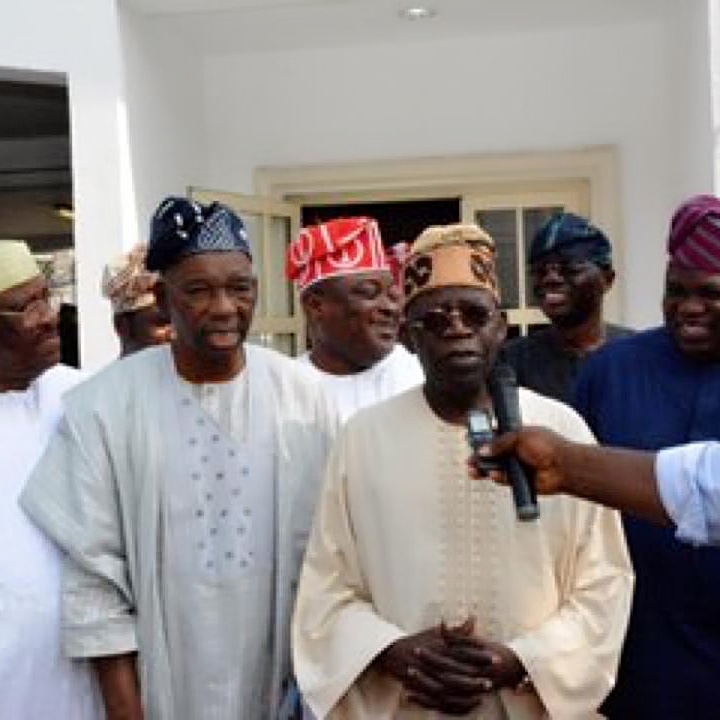 National Leader of the All Progressives Congress (APC), Asiwaju Bola Tinubu and other members of Governor’s Advisory Council, (GAC) on Sunday resolved the conflict between Governor Akinwunmi Ambode and Lagos State House of Assembly.

The resolution was at a Special Governor’s Advisory Committee (GAC) meeting in Marina, Lagos.

Speaking after the closed door meeting, APC national leader emphasised the need for communication and consensus-building. He reminded all parties that conflict is no more in the democratic process but what is important is the need to develop and harness institutions.

In his words: “We looked at the source of the conflict, which is normal in a democracy, and that is why there are also conflict-resolution mechanisms. We examined the grievances on both sides.

“As leaders, we also looked into areas where there has to be compromise. In order to build institutions and encourage consensus building, we have to do what is right.

“There is no impeachment. Let there be more communication and consensus-building and understanding. All these are inbuilt in the democratic system,” Tinubu said.

Another speaker at the meeting, Tajudeen Olusi, called for the executive and legislature to work together.