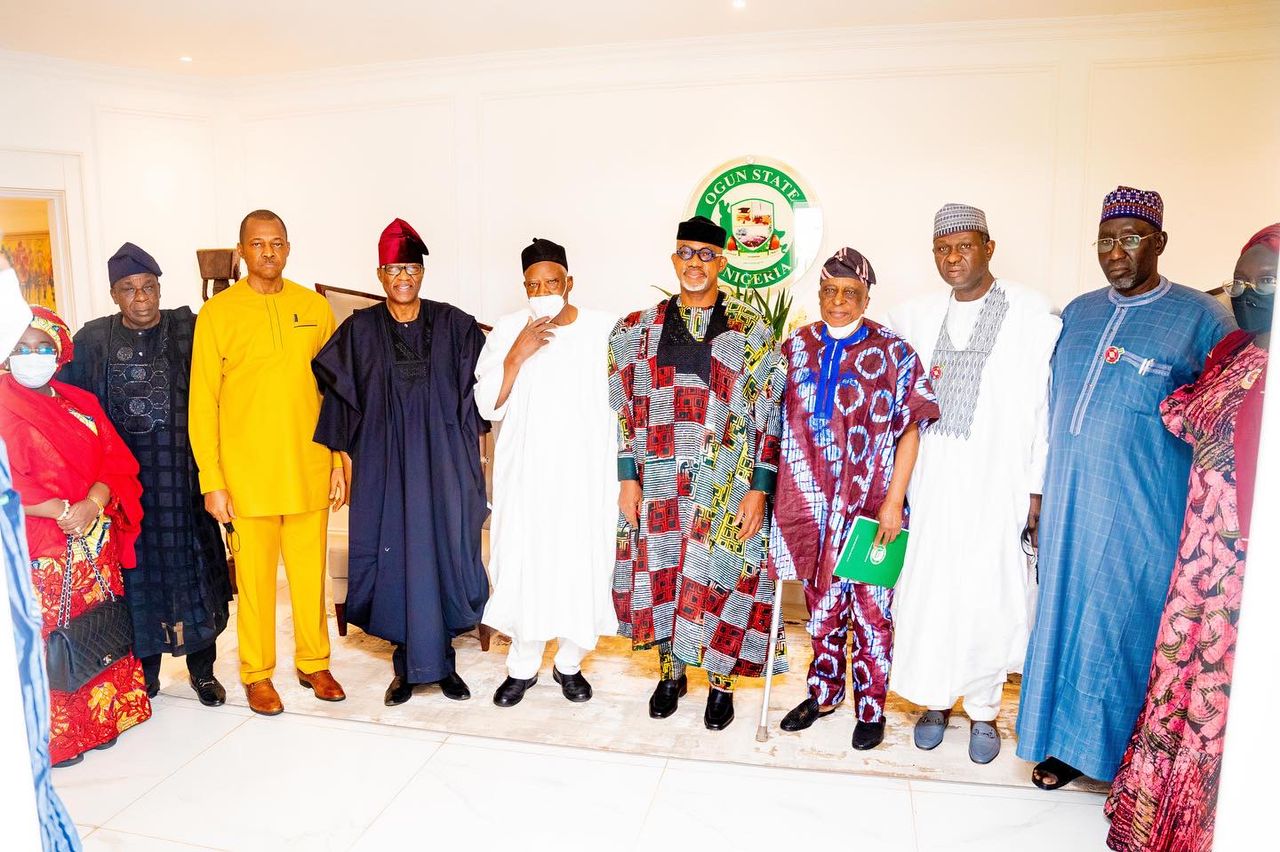 The Reconciliation Committee of All Progressives Congress (APC) on Friday visited Ogun State and met with Governor Dapo Abiodun,the leader of the party and former governor, Segun Osoba and the immediate past governor, Senator Ibikunle Amosun.

The 11-man committee led by Senator Adamu Abdullahi, after meeting with Governor Abiodun at the Presidential Lodge, said it was in the state on a mission to reconcile aggrieved party members.

Adamu equally assured all members of the party in the state that the Committee would adopt the principle of fairness in solving the crisis facing the party in Ogun.

The former governor of Nassarawa State who said the committee visited the governor to intimate him with its mission, noted that the desire of the party at the national level is to have peace among its members in Ogun.

“It is the concern of our party at the national level that peace prevail in this state. And we will do everything to ensure that nothing truncates that peace.

“We owe the party a duty by ensuring that principles of fair hearing is given to all parties involved”, Adamu stated.

In his remarks, Aremo Osoba, while describing the committee as comprising seasoned administrators and people of proven character, enjoined the members to ensure equity, fairness and ensure that justice is done in the course of carrying out their assignment.

Speaking, Governor Abiodun acknowledged that there is bound to be friction in a party as big as the APC and lauded the party for choosing the path of reconciliation to guard against polarizing the party in Ogun.

“This Committee was carefully chosen to further strengthen the party. It is important to continue to have peace and harmony among us. Though there is bound to be conflict here and there, we must continue to find a way to cooperate, and I am happy to have you with us today. We will cooperate with to ensure peace in our state”, Abiodun said.

The governor who expressed delight with the caliber of people appointed into the Committee, said they were made up of committed party members who understand how party works, assuring that the Committee would have opportunity to meet with executive members of the party in the 20 local government areas to have a feel of what is going on in the state.

The Reconciliation Committee Chairman, thereafter, presented a copy of petitions received so far to the governor

Other members of the Committee are former governors, Sullivan Chime, Ali Sa’ad Burnin-Kudu and deputy governors Idiat Ranti Adebule, Suleiman Argungu and Moses Adeyemo and Cross River State Commissioner for Health, Dr. Betta Edu and Dr. Samuel Jimba, who is the head of the secretariat.