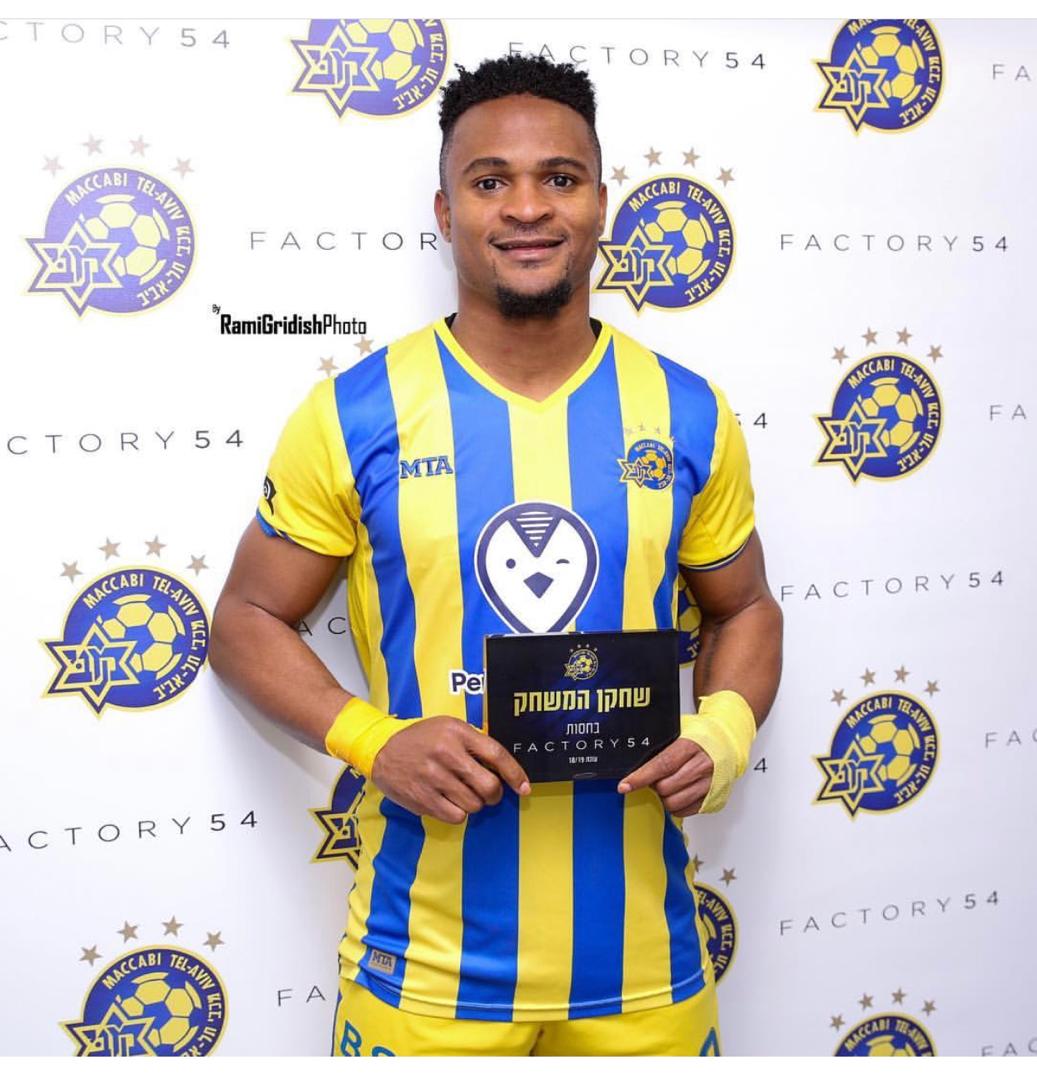 The Nigeria powerful striker who ply his football trade with Maccabi Tel Aviv in Isreal has been putting in sterling performances week-in week-out to keep his club side to maintain their unbeaten this season. Ofoedu has remained a force to reckon with not only in Isreal but also Nigeria where some sports analysts has been clamoring for his name to be included among the players that would be invited to supper eagles by Technical Advisers. Since the commencement of the season Chikeluba ofoedu has become a goal matchine and providing assist for his team mates, he has been described as a nightmare for defenders and goal keepers. He was adjudged the Man of the match over the weekend when his Maccabi Tel Aviv took better side of Beitar Jerusalem in a pulsating encounter that ended in 1-0 in the Favour of ofoedu home team. When he was asked by the reporter the secret of his performance and the understanding with his team mates he said “Its friendship with my teammates that has been my driving force to do my things on and off the pitch “ ofoedu who has also called on Coach Gernot Roth to give him a chance to prove himself in supper eagles.

Is Chikeluba Francis Ofoedu The Next Rashidi Yekini For Super Eagles?