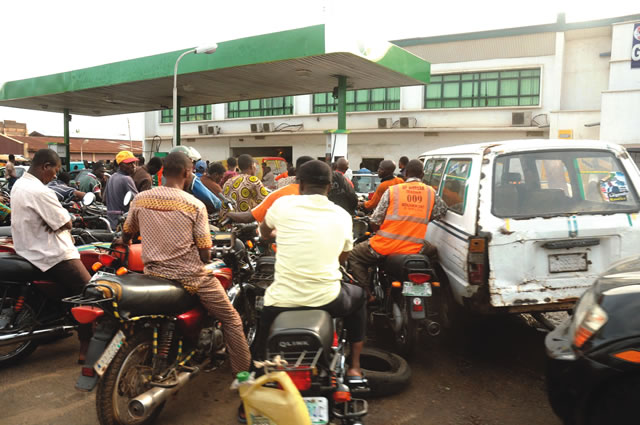 There was confusion as a man, Kehinde Akinsowon,  died after he slumped at a filling station in the Yaba area of Ondo town, Ondo State.

It was gathered that the 40-year-old might have suffered from cardiac arrest.

According to a source, the late Akinsowon, who was said to be a member of the executive of the association of commercial motorcyclists in the town, had ridden a motorcycle to the fuel station on Saturday to buy fuel when he suddenly fell at the station and died.

The source said, “He was healthy when he left his house located on Famakinwa Street, Ondo and rode on a motorcycle to the fuel station located a few metres away from his house.

“He slumped while buying fuel into his motorcycle. As he fell, everybody rushed him to a hospital but all efforts to save his life was unsuccessful as he gave up the ghost at the scene.”

The source added that the remains of the deceased was later deposited in a morgue in the town.

The Police Public Relations  Officer in the state, Mr. Femi Joseph, confirmed the incident and said the command had released the corpse of the late okada rider to his family.

“We can confirm the incident but the family of the deceased has come to claim the corpse and it has been released to them,” the PPRO said.