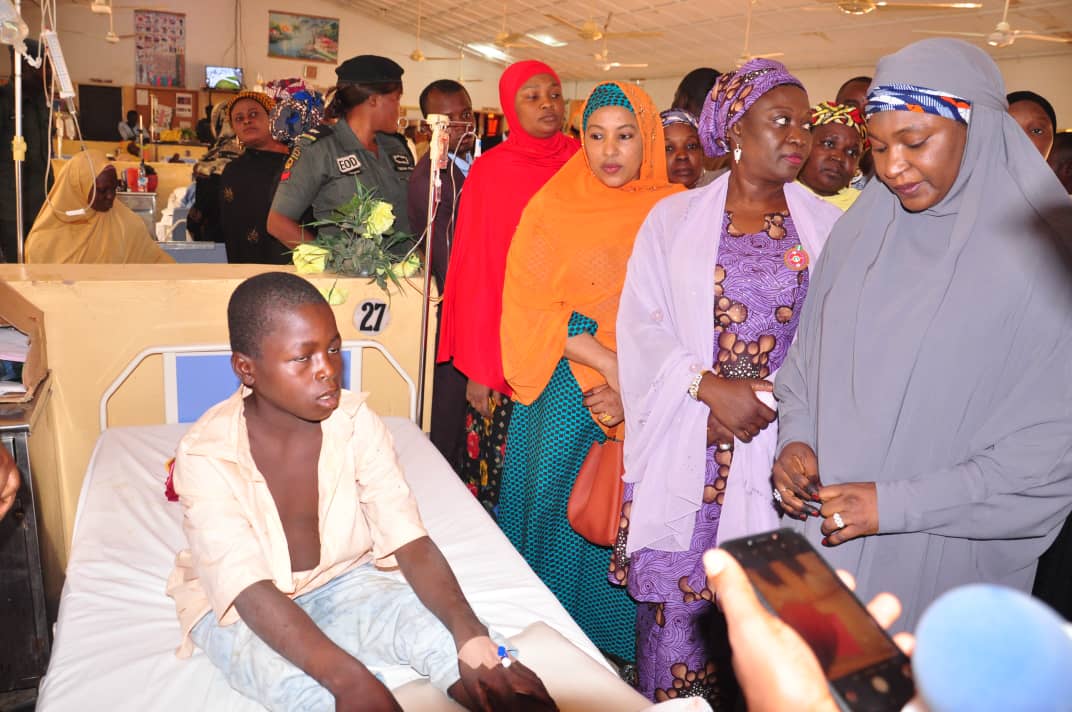 …Describes act as peak of heartlessness, man’s inhumanity to man

The First Lady, in company of the state Commissioner of Women Affairs and Social Development, Mrs Na’omi Joel Awak, visited the Federal Teaching Hospital, Gombe, in order to get a first hand assessment of his health condition.

While sympathising with the ailing victim and his traumatised parents, Hajiya Asma’u described the heinous act as the peak of heartlessness.

As a mother, Mrs Inuwa said, she was devastated by the dastardly act unleashed on a helpless child who was only striving to earn a decent living.

She urged the victim’s parents to be strong, while assuring them of the state’s commitment to ensuring that perpetrators of the act are made to suffer the consequences of their action.

She donated undisclosed amount of money to the teen and other patients on admission at the paediatric surgical ward.

Speaking with the parents of the victim , she said, “Though, the state government will foot the medical bills, but as a mother, that would not stop me from donating a token to meet other financial needs.

“It is our hope that the punitive measure that will be taken against the perpetrators of this heinous act by the authorities will serve as a deterrent to others with similar motive to have a rethink.”

In her remarks earlier, the Commissioner for Women Affairs, Mrs Na’omi Joel Awak said the state government would keep working closely with stakeholders at all levels to ensure that all human rights abuses are brought to an end in the state.

We did not mean to harm her,just disciplined, ..said Anglican clergyman