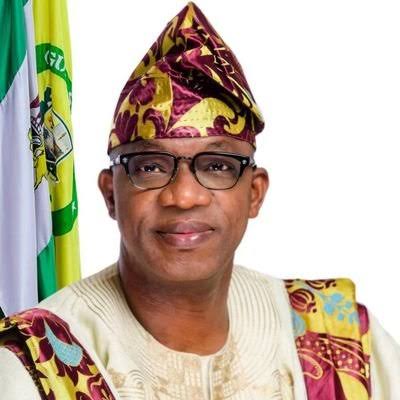 #BuildingOurFutureTogether: The Journey So Far
In his piece, “A Note to Ogun Stakeholders,” Chief Segun Showunmi made an unbalanced comparison of previous administrations on the one hand and the present administration of the Ogun State Governor, Prince Dapo Abiodun. Chief Showunmi’s comparison, which is a mere rhetoric, lacks the input of context and peculiar situations.
Attention should also be drawn to the implied fact that the intent of the writer is not to compare the incumbent Abiodun-led administration with the three past administrations collectively but to paint the immediate past Amosun-led administration in a good light, as contrary to public opinion which generally rates the former Governor as a ruler who ran a one-man show for eight torturous years.
The three issues itemised by the writer are singly addressed in the next paragraph, while achievements of the present administration in different sectors would be given the needed attention in subsequent ones.
According to Chief Segun Showunmi, there is a “general perception” of Governor Abiodun to be “disappointing.” It is unclear on what statistics the Chief has based his conclusion, because this contradicts public opinion surveys conducted in areas where road construction and palliative road works, school and health centre rehabilitation amongst others have been ongoing in the past six months. Also, the writer, echoing the commonplace fallacy that “those who do not form their cabinets ‘on time’ are people who desire to run the resources of the state with their cronies,” ignored two facts: (1) that it is arguable that hastily appointed commissioners may in fact be the said “cronies;” and (2) that purposeful governance is first strategy before action. The most unexpected of the three itemised issues is the writer’s rather misleading charge to Governor Abiodun to have swung into immediate action on assumption of office. According to him, “anyone who desires to govern the (sic) people must know that humans…tend to make up their minds quickly.” This is logic that has encouraged mediocrity in political systems, and the Abiodun-led administration, going by his campaign promises, would not because of a section of political hyenas, give food to scavengers but ensure the best conditions for persons and businesses across the entire state.
Just this last week, Ogun State under the leadership of Prince Dapo Abiodun was awarded The Most Improved State on Security by the Business Day Research and Intelligence Unit; and The Best State in ICT Penetration and Adoption by the Federal Ministry of Communications and Digital Economy. These awards are commendations of the Governor on repositioning the State in the focus areas he identified during his campaign and inauguration.
In the last six months, Governor Abiodun has seen to the rehabilitation of 236 primary school and primary health care centres across the State. He has also ensured that the Moshood Abiola Polytechnic (MAPOLY) issue needlessly started by the immediate past administration has been resolved, so much that the school has matriculated a good number of students. This intervention in the education sector does not leave out the Tai Solarin College of Education (TASCE), which had been abandoned over the years. In the spirit of reviving abandoned parastatals, the Governor again ordered the immediate recruitment of all needed staff into the Olabisi Onabanjo University Teaching Hospital (OOUTH), Sagamu, so that the good people of Ogun State may have access to quality healthcare.
Social welfare has also not been ignored by the Governor, who has through the launching of the Oko’wo Dapo loan programme, empowered market women. Despite that this would improve the State’s Ease of Doing Business, Governor Abiodun has in addition signed Executive Orders to the effect of establishing three councils and agencies including the Ogun State Investment Agency. To crown these, the Governor has shown good faith by fulfilling his promise to set up an online job portal, the Ogun TechHUB, and the Anchor Borrowers’ Programme of the CBN that we have taken advantage of and consequently we are the adopted model state having allocated land to about 10,000 outgrowers who were unemployed there by turning them into agripreneurs by matching them with Anchors ( off takers) that signed a forward offtake contract.
If this piece is to speak to the Abiodun-led administration of donation of 100 patrol vehicles and 200 motorbikes to the State Command of the Nigeria Police, it would be restating the obvious benefits that the dear people of Ogun State have so far enjoyed.
Criticisms should be and are in fact welcome in all quarters that wish to develop themselves. However, it should be balanced, logical and unbiased. For starters, the good people of Ogun State have repeatedly commended the strides of Governor in so short a period. It is then sheer mischief for a class of politically biased persons to try to score cheap points from non-existent conceptions.
SF Ojo Emmanuel. A.Senior Special Assistant to the Governor on New Media.