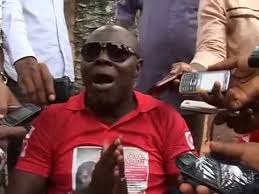 A group, under the aegis One Love Foundation, today, called on Edo
state government to stop the further collection of acceptance fees
from tertiary institution across the state.

The group also threatened to seek redress in the court of law if the
government fails to put an end to it.

This was contained in a press statement signed by its coordinator,
Patrick Osagie Eholor and made available to newsmen in Benin.

The statement said they have been overwhelmed with the outcry of the
poor masses whose academic pursuit have been truncated due to their
inability to pay the sum of N60,000 as an acceptance fee before they
could be admitted into the universities.

“The attention of our foundation, a duly registered, non profit, non
governmental human rights organization, has been drawn to overwhelming
protests and outcry from students, parents and the general public of
Edo State in respect of draconian, arbitrary and financially
unbearable admission acceptance fees which newly admitted students are
compelled to pay by Edo State educational institutions.

“Investigations by our foundation indicate that these fees range
between N40,000 to as much as N60,000 per student.

“These fees pose additional hardship and dire obstacles to the
tertiary education aspiration of many well-meaning Edo youths and
parents whose enthusiastic votes brought the present administration of
His Excellency Godwin Obaseki to office as governor of Edo state.

It further accused the state government of being insensitive to the
plight of the commoners adding that under this present administration,
higher education has become the birth rights of the few rich in the
state.

“That under the Obaseki administration, the draconian admission
acceptance fees of your ministry, which were not paid by your
generation and mine, has turned the rights of many ordinary Edo
citizens  to educate their children and wards into a harrowing
day-dream, contrary to what obtains in other parts of the federation.

“That subsequently, under the Obaseki administration, only a very slim
minority of Edo citizens who are either successful industrialists or
privileged commissioners, government appointees, anointed contractors
from outer space, treasury looters, fraud and politicians with deep
pockets have the right to give higher education to their children”,
the statement  added.

The statement further appealed to the state government to rescind on
and abolish admission acceptance fees in all tertiary institutions in
the state or be prepared for a legal action.

“Our foundation hereby stands with millions of Edo students, their
parents and families to resist, engage, negotiate and reclaim the
right of these future leaders to affordable and qualitative education
by any means necessary.

“This we shall undertake especially through the instrumentality of the
law if and wherever dialogue fails”, the statement said.