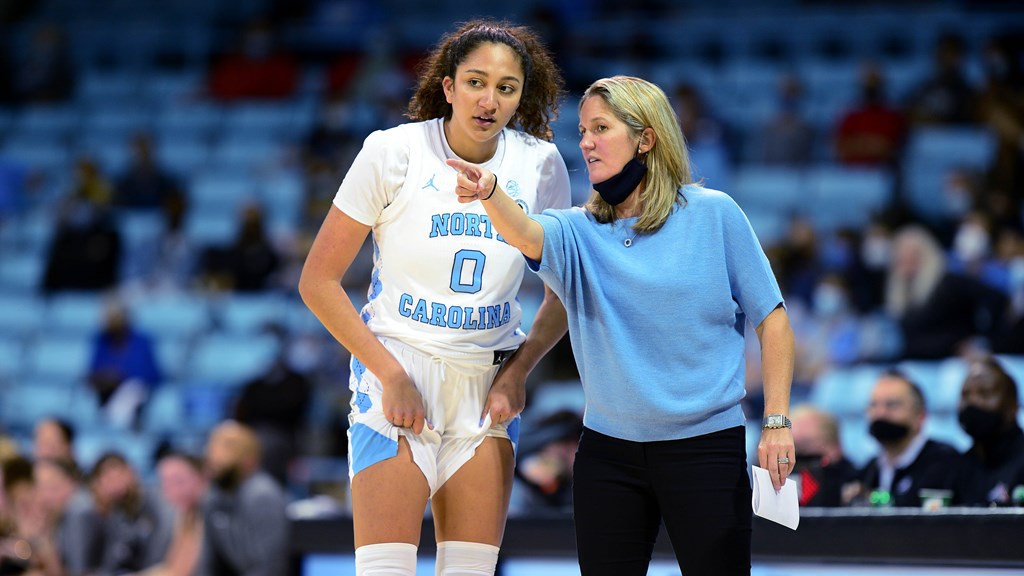 Interestingly, the UNC women’s basketball head coach, Courtney Banghart is  wasting no time expressing her excitement ahead of No. 19 Carolina’s game at No. 5 NC State Thursday night.

“It’s just a great week for college basketball,” Banghart said at the beginning of Tuesday’s media availability session. “It didn’t take me long to be at Carolina to know how important this game is.”

Banghart, now in her third year with the Tar Heels, is 2-2 against NC State in the past two seasons, with each win coming in Carmichael Arena over a top 10 Wolfpack team. Carolina’s last win against NC State in Raleigh came in 2019, when UNC toppled a then-undefeated Wolfpack side ranked No. 7.

The state will host four ranked teams Thursday night, as No. 17 Duke hosts No. 16 Georgia Tech in Durham. Six ACC teams are currently ranked in the AP Top 25, which is tied for the most of any conference in the nation. Half of those teams are on Tobacco Road.

“If this doesn’t excite the state of North Carolina, that’s really sad,” Banghart said. “I challenge any other region… to be able to see such good basketball, talented players from all over the country who’ve chosen to play here in the Triangle. To be a part of that, I’ve got great pride in that for this program.”

Carolina’s appearance in the Top 25 polls this season comes five years after their last ranking, and Thursday night will be UNC’s first ranked-against-ranked game since the 2015 NCAA Tournament. Banghart expressed some surprise at the rapid rate in which her team has improved in three seasons, but also said butting into the national conversation was one of the reasons she signed on with the program.

“I took this job because I thought Carolina had to be good at women’s basketball to grow our sport,” she said. “And I’ve devoted my life to this sport. And a school like Carolina being good helps the game.”

Still, Banghart didn’t mince words about the upcoming matchup. The Wolfpack are by far the most difficult opponent Carolina has faced this season, and the first of five ranked matchups in seven games for the Tar Heels. UNC will also take the court in Reynolds Coliseum in front of a sold-out crowd, making a challenging game even more so.

“This is a unique environment to play in regardless,” Banghart said. “But matchup-wise, [NC State] have got multiple pros that are ready to kind of take that step very soon in their careers. And our guys are still getting better and better, and we’ll grow to that. If it was a 1 v 1 game… I don’t know, because we don’t play 1 v 1, but they’ve got a lot of good players that we’ve got a lot of respect for.”

Carolina has won the first game of the season series against the Wolfpack in each of the last three years. NC State lost just 13 games during those three campaigns, but three of them came at the hands of the Tar Heels.

“We’ve got a very good feel for what they do, and how they want to play when they’re at their best,” Banghart said. “As they do for us. There’s a lot of familiarity. That’s what makes rivalry games so fun, is there’s such a familiarity.”

The game will tip off at 8 p.m. Thursday night, and will be broadcast on ACC Network. For those who would like to follow along on the radio, 97.9 The Hill’s coverage begins at 7:30 p.m. with Matt Krause on the call.