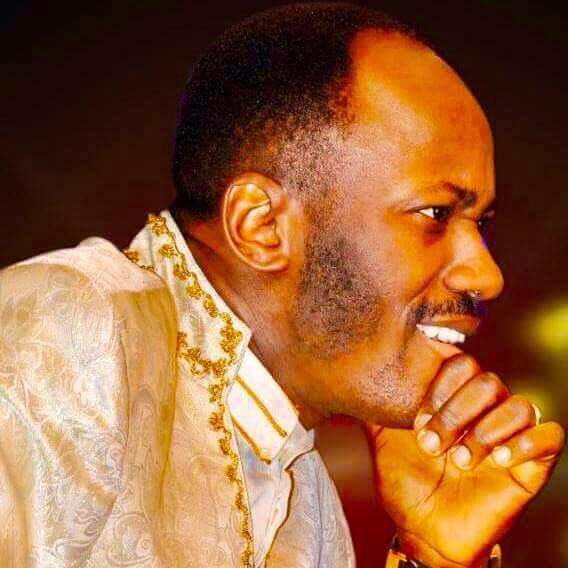 Nigeria’s popular pentecostal evangelist and senior pastor at the Omega Fire Ministries (OFM) worldwide, Apostle Johnson Suleiman, has reacted to a tale presently gaining grounds in the social media that he had interest in running for president in 2023 with an equally famous Islamic cleric from Kaduna State, Sheikh Ahmad Abubakar Gumi, as his vice president.

An online medium had sparked the rumour alleging that ”a section of the country is in support of the idea as a noble one; with the point that the duo are young, vibrant, Godfearing, well educated, very close to the Nigerian masses, and above all, have become strong voices on behalf of the voiceless majority…”

But the Auchi, Edo State born international acclaimed Christian cleric said the story of his interest in politics, let alone Nigeria’s presidency, was a fluke. ”I have no interest,” he declared summarily to this reporter in a phone chat.

Sources close to Apostle Suleman, however, confirmed, that there were indeed certain interests floating the idea and even making attempts to speak to him about it. ”Papa’s attention was called to the writeup in social media after some persons who appeared to be the brains behind the idea called meetings and tried to talk him into the project,” the sources said.

What might have fueled the purported call, perhaps, was Nigerians’ hunger for responsible leadership evident in how Suleman’s ministry is changing the narrative of what it really means to be a leader. The usual sentiment was that churches were getting rich off their congregation while the poor among and around them remained the same. But with Apostle Suleman’s regular charitable activities and reputation for helping the poor and the needy, the church now represents more the true meaning of evangelism, which is spreading love.

Meanwhile, Apostle Suleman, who denied ever meeting Sheikh Gumi in person, said he would rather continue speaking truth to power from the pulpit and calling for good leadership for nations of the world, especially his country, Nigeria, than dabble into politics.

”It is a distraction. I don’t need it. Commitment to world evangelization and global impact won’t give me the chance and time for the distraction that is politics,” Suleman said.

” Why Victoria Inn Hotel And Suites is the Best”-MD