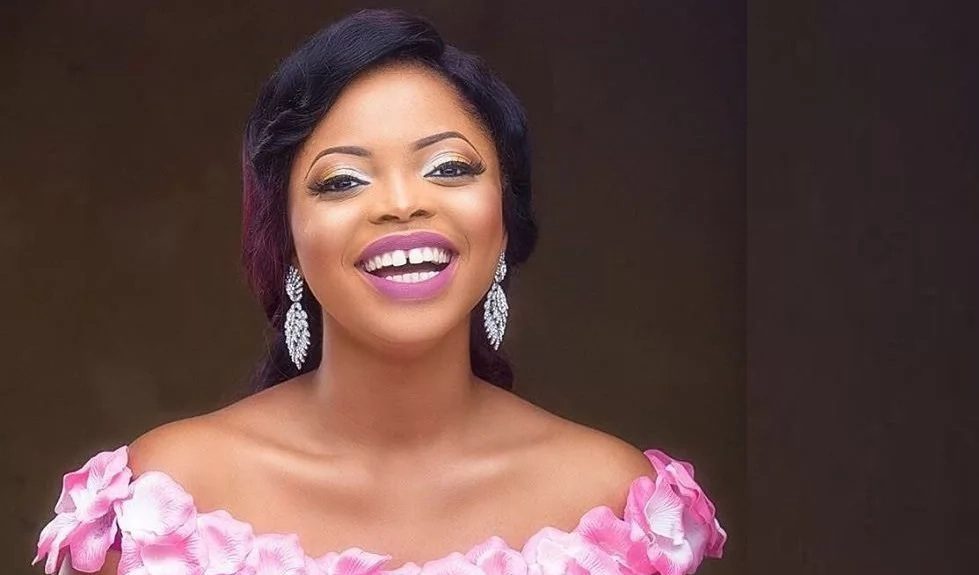 Fast-rising Nollywood actress, Juliana Olayode, has owned up to deceiving Nigerians that she was a virgin.

The 22-year-old actress incurred the wrath of Nigerians when she claimed to have lost her virginity to her married teacher at 17.

The raunchy details were contained in her new tell-it-all memoir titled “Rebirth,” released on Thursday.

Unfortunately, the Internet never forgets. The actress, who shot into limelight after starring in Funke Akindele’s hit series, Jenifa’s Dairy, as ‘Toyo baby’ had granted several interviews wherein she claimed to be preserving her virginity until she marries.

Her teeming fans, who adored her stance on sexual purity, were shocked when she contradicted herself in her new book.

The Nollywood actress, however, explained why she lied. According to her, she was led to deny being a virgin when she was taken unawares during a live TV programme.

“People had assumed I was a virgin. I had never said I was but I had never corrected their assumptions either. So, I was still in that fix. Shortly after my confession, Ebony Life TV called me for an interview. I went and for the first time in my several interviews; I was asked point blank if I was a virgin. I tried to evade the question, but my interviewer was not having it.

“She demanded for a yes or no. I did not see the question coming and I lied. I said, “Yes, I am a virgin”. Immediately the interview was over, I hurried to the bathroom in the studio and cried. I felt terrible for lying and told God I was sorry.”

She said because she was ashamed to admit lying in various interviews, she decided to live the lie.

“I felt it was my secret and the whole world need not know about it. I was upset with myself, however, for answering her. I could have insisted I  could not tell. So, I proposed never to answer such again. Easier said than done, right? Shortly after, I was on another TV interview, Crux Of The Matter, with Elsie.

“I was invited to talk for sexual purity while the other guest spoke against. In the process of the discussion, around the time when it was heated, I was asked out of the blues again if I was a virgin. And before I knew it, I heard myself lying again. I was mad at myself. I was on another TV interview that trended for a while. It was On The Couch, with Lady Ariyike. I talked about sexual purity, but thankfully I was not asked if I was virgin. After that one, I decided to stop interviews altogether. I was tired of lying or having to dread lying if I was asked straight up.”

Mixed reactions have trailed the release of the book. Critics say the actress is simply towing the path of media girl, Toke Makinwa, who also published a similar tell-it-all memoir, On Becoming, in 2016.

In the book, the actress also discusses her struggles, which include hawking on the street, experiencing sexual abuse, how a pastor once tried to abuse her sexuality and how she dropped out of school.

Ayo Olaiya: “I Nearly Lost My Sight During Auto Accident