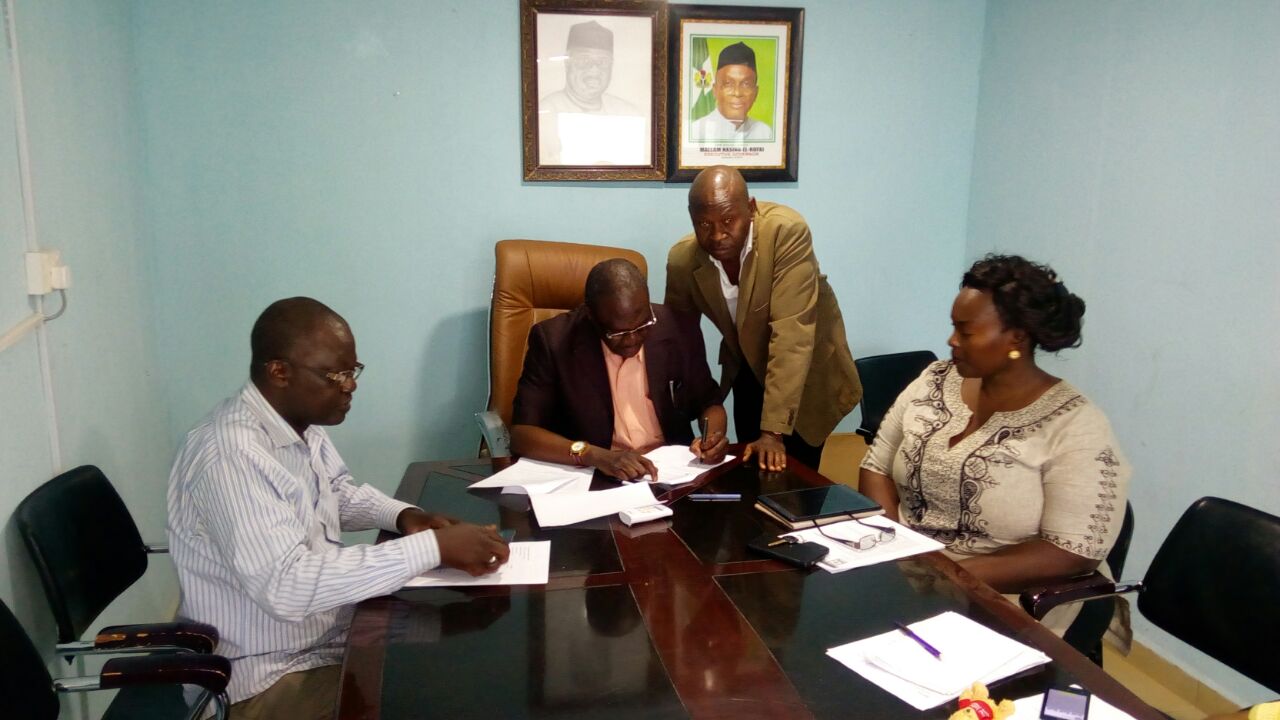 It is no doubt that the Hausa movie industry fondly called Kannywood is a thriving one. However, not much has been done to promote and celebrate the sector because some do not have the courage to take the bull by the horn.

But that will soon be a thing of the past because a man known to dare challenges has taken it upon himself to change the tide. Come November2016, drums would be rolled out to celebrate and reward those who have sweated to make Kannywood proud.

Information made available to us confirms that an awards ceremony called Arewa Film Festival & Awards, AFFA, will take place in Kaduna.

Already, plans are in top gear to make the event a world class.

At the moment, an MOU has been signed between Atar Communication Nigeria Ltd and Dkannys Ltd.

This took place on Tuesday, July 19, 2016, at the Atar Communicationsheadquarters in Kaduna.

Convener of the AFFA 2016, Laface, represented Dkannys Ltd, while Atar Communications Nig Ltd was duly represented by Mr Dennis Gowon, who is the Head of Marketing of the company.
According to Laface, a top event promoter in Africa, AFFA aims tocelebrate creativity on a yearly basis and propagate the Kannywoodfilm industry globally.

Full details on AFFA 2016 will be announced in due course.

Liberty TV and radio are one of the biggest media networks across the northern Nigeria and in West Africa.

BREAKING: Saraki, Mark, others in trouble as Presidency orders probe of Nigerians named in #PanamaPapers