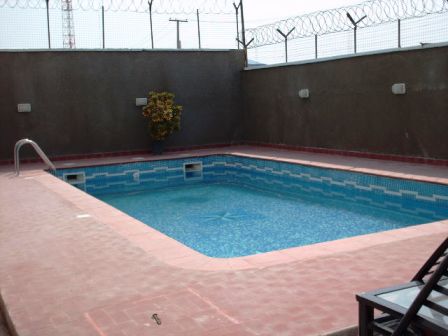 A woman has disappeared after her 35-year-old lover, identified simply as Sikiru, drowned in the swimming pool of a hotel in the Ishashi area of Lagos State.

Sikiru and the woman had visited the hotel, Regional Hotel and Suites, when the incident happened.

The girlfriend fled the facility.

The hotel manager, however, reported the case to the police who removed the corpse and deposited it in a morgue.

Reacting to the incident, the Lagos State Police Public Relations Officer, SP Chike Oti, told Punch that a preliminary investigation by detectives who visited the scene showed that there was no injury on the corpse.

He said, “The hotel manager reported that one of his customers, identified simply as Sikiru, whose address is still unknown, was found dead inside the hotel’s swimming pool upon diving into the water.

“Detectives went to the scene of crime and recovered the remains of the said man.

“No trace of injuries was found and no identification or phone recovered from him.

“The girlfriend that came with him disappeared immediately with all links of identification of the deceased.

“The corpse has been deposited in the Badagry General Hospital morgue for autopsy. Investigation is ongoing.”

Related Topics:coverstoryRegional Hote
Up Next

‘We are releasing another batch of looters’ list soon’ – Lai Mohammed

‘NOLLYTAINMENT’ TO SHAKE UP NOLLYWOOD WITH NEW ECOSYSTEM